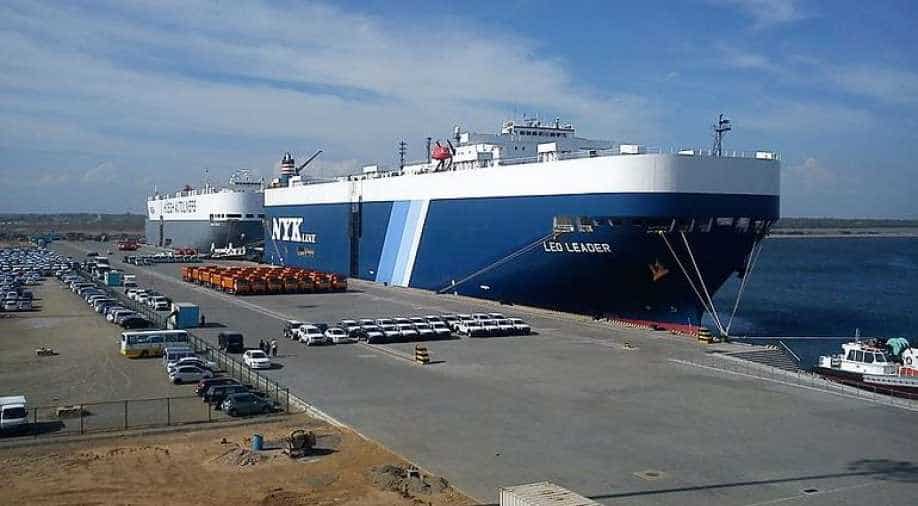 As India scrambles to counter China's expanding footprint in Sri Lanka, negotiation over a military pact with the US threatens to split the strategically located Indian Ocean island's polity again.

Sri Lanka's Prime Minister Ranil Wickremesinghe announced in parliament on Wednesday that the island nation is negotiating a new military cooperation pact with the United States which seeks to replace the 1995 Status of Forces (SoFA) arrangement. The new greement, if signed, would allow the US military easier access to Sri Lanka.

Replying to a question raised by a lawmaker belonging to the communist party, the Janatha Vimukthi Peramuna, Prime Minister Wickremesinghe said that the status of forces agreement was signed in 1995 by the then-government of president Chandrika Bandaranaike Kumaratunga.

It establishes the framework for US military personnel to operate in Sri Lanka.

The other pact - known as the Acquisition and Cross Servicing Agreement (ACSA) - was signed by the then defence minister Gotabaya Rajapaksa in 2007. It was renewed in August 2017 without making changes to its contents. The ACSA extends diplomatic privileges to military personnel and defence contractors.

Wickremesinghe's comments came days after President Sirisena said he would not let the government headed by his pro-West arch-rival conclude any deal that would either give the US forces a military base in Sri Lanka or challenge the country's sovereignty.

Wickremesinghe is expected to run against Sirisena for President later this year.

For New Delhi, a renewed US interest in Sri Lanka, especially after the April 21 terror attacks in the country, would act as a countervailing force against China's increasing footprint in India's backyard.

India has signed military deals with the US that are similar to the one being negotiated by Sri Lanka.

India and the US signed what is known as the Logistics Exchange Memorandum of Mgreement (LEMM) in 2016 which gives both countries access to designated military facilities on either side for refuelling, joint exercises and training.

Another agreement - the Communications Compatibility and Security Agreement (CCSA) signed in 2018 - enables secure encrypted communications and facilitates interoperability between militaries and sale of high-end technology.

The US foray into Sri Lanka would not go unnoticed in China.

The US worries that China has stepped up investment in ports and other projects on the island, which is a key link in Beijing's ambitious Belt and Road Initiative. China has vowed to keep providing financial help, including loans, to Sri Lanka despite warnings about the nation's mounting debt.

In 2017, Sri Lanka gave a 99-year lease on a strategic port in Hambantota to Beijing because it could not repay Chinese loans for the US $1.4 billion project. The Hambantota port straddles the world's busiest East-West shipping route and also gives a strategic foothold to China in a region long dominated by India.

On June 8, a Chinese warship docked at capital Colombo. It has been given to the Sri Lankan navy for patrolling and surveillance missions. The ship arrived two days after President Sirisena opposed a military deal with the US.

The developments highlight the competition between China and the US for influence in Sri Lanka as India watches from the sidelines.