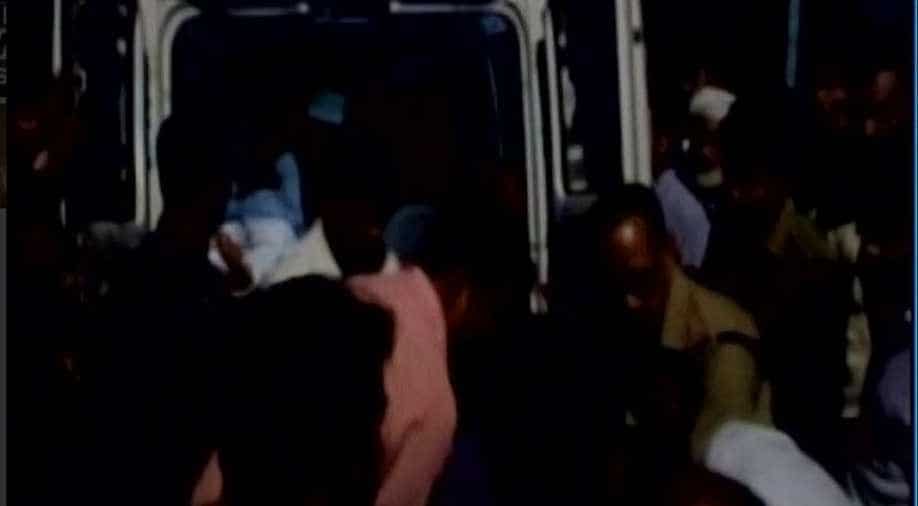 Four RSS workers were injured after some unknown persons hurled a crude bomb at the Rashtriya Swayamsevak Sangh office near Nadapuram in Kerala, police said.

The incident occurred at Kallachi around 8:30 pm IST. The injured have been identified as Babu, Vineesh, Sudhir and Sunil, they said.

While Babu and Vineesh, who suffered severe injuries in the abdomen and legs, have been admitted to the Kozhikode Medical College Hospital (KMCH), the other two have been taken to a private hospital, a senior police official said.

Investigation is underway to ascertain the motive behind the attack, he said.

Kundan Chandravat, 'Sah Prachar Pramukh' of RSS in Madhya Pradesh's Ujjain, announced the reward to avenge the killing of its workers in Kerala, allegedly by CPI-M workers.

"The Kerala Chief Minister is killing our RSS workers who want to take this country forward. I will pay Rs one crore to anyone who beheads him even if I have to sell my house," Chandravat was seen saying in a video, which has gone viral.

The RSS, however, distanced itself from Chandravat's remarks.

Since last 8 months when Communist Govt came to power in Kerala, there have been continuous attacks on RSS ppl: RSS supporter Virag Pachpor pic.twitter.com/BL29xbkW5a