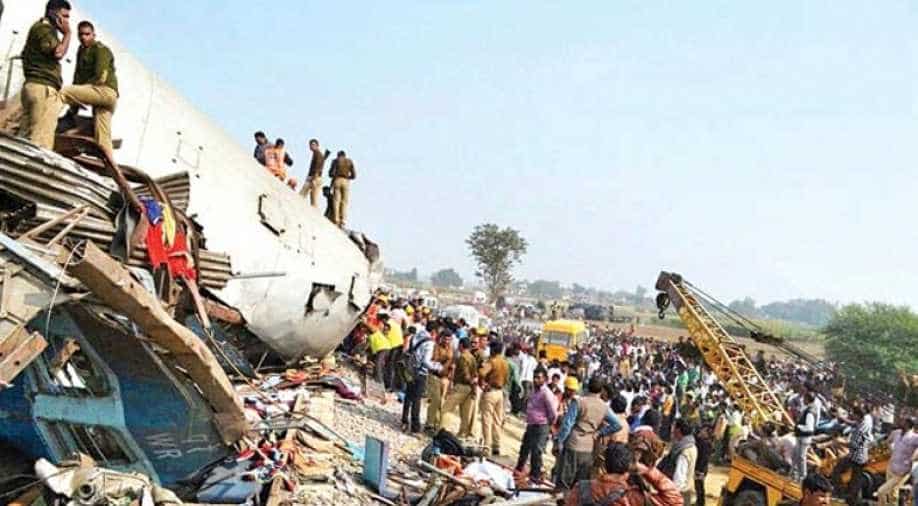 Bihar Police are claiming that the two recent train accidents near Kanpur that left 151 people dead and injured close to 200 were caused by Pakistan's ISI.

A Times of India report on Wednesday said the ISI's alleged role in the accidents was unearthed after Bihar police arrested three men -- Umashankar Patel, Motilal Paswan, and Mukesh Yadav -- from Motihari near the Indo-Nepal border. Bihar Police told the Times of India that the three men were arrested for their role in "placing a cooker bomb on the railway tracks near Ghorasaran on October 1 last year".

The second, on December 28 and again near Kanpur in the state of Uttar Pradesh, left more than 40 people injured. There were no deaths.

Bihar Police told the Times of India that the three men they had arrested were working on the orders of an ISI agent, a Nepalese citizen based in Dubai.

Bihar Police told the Times of India that the arrested trio had so far received Rs 3 lakh from Brij Kishore Giri, a Nepalese citizen, for "engineering train accidents".

The report added that Girl, along with a Shambhu Giri and a Mujahir Ansari, was recently arrested by Nepalese police.

The pressure cooker bomb that had been placed on the tracks in Ghorsaran in Bihar on October 1 was found by villagers and defused by police.

The Times of India report said: "Sources said Motilal told police he had planted explosives on the tracks near Kanpur for derailing the two trains."

And, "quoting a police officer involved in the investigation", the report added that: "Brij had promised flats, vehicles and finances to produce a Bhojpuri movie to the trio arrested from Motihari."

The Times of India report added that the National Investigation Agency is following the Bihar Police investigation.