'I like plastic': Pakistan's toxic 'love affair' with waste 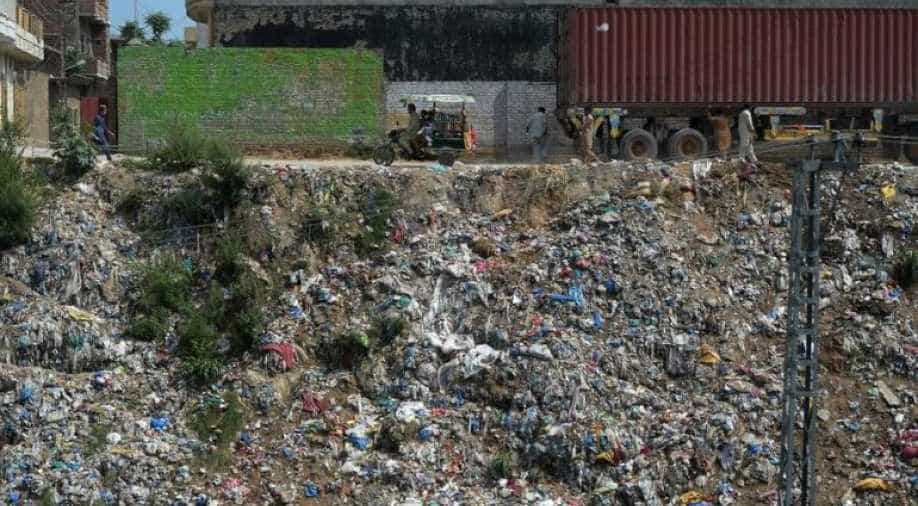 Plastic bags are a large part of the problem the nation uses some 55 billion of them each year, according to the Pakistan Plastic Manufacturers Association.

From the once pristine rivers of Hindu Kush to the slums of Islamabad, Pakistan is being smothered by plastic due to a lack of public awareness, government inertia, and poor waste management.

Plastic bags are a large part of the problem the nation uses some 55 billion of them each year, according to the Pakistan Plastic Manufacturers Association.

Beaches deluged with plastic waste and dying marine life entangled in bags have shocked other countries into action around 120 have implemented some form of single-use plastic ban.

Pakistan is among them but struggles with enforcement. There is no cohesive national policy and regional efforts often fail to consider the importance of educational outreach with many in rural areas claiming to be unaware of the damage single-use plastic can wreak.

"Fighting for the environment, we do not know about that," says salesman Mohammad Tahir, who uses plastic bags to wrap vegetables for his customers.

The 42-year-old hails from the mountainous Chitral district, which first banned the use of such bags two years ago but to little effect.

"I like plastic bags," shrugs resident Khairul Azam, while shopping at a local market.

"Once home, I throw them away... I know it is not good, but we don't have waste bins in my neighbourhood," he adds.

Instead such waste litters the roadsides and hillsides. It also clogs the streams that feed into the Indus River, which is now the second most plastic polluted river in the world, behind only the Yangtze River in China, according to a study by the German Environmental Research Center Helmholtz.

Plastics swamp the Arabian Sea coastline, where the sewers of the sprawling port city of Karachi spew its waste.

According to the United Nations, single-use plastic bags kill up to one million birds, hundreds of thousands of marine mammals and turtles, along with "countless" fish each year.

And yet in Pakistan, authorities say the amount of plastic used is increasing by 15 per cent each year.

Recycling options are limited and waste disposal is often woefully mismanaged even in the capital garbage is often simply burned in the street.

"Animals eat it. You eat them. Then it generates liver dysfunctions, diabetes, diarrhoea. But because it is cheap and convenient, people don't see the health consequences," he adds.

A new report by the World Wildlife Fund (WWF) estimates that an average person ingests up to five grams of plastic a week roughly equal to the weight of a credit card.

Plastic bags have become part of the "culture" in Pakistan, says Nazifa Butt, a researcher with WWF.

"We would never use a cup of tea without a saucer. You will never be sold anything without a plastic bag. It is considered insulting," she adds.

In Chitral, authorities first tried to ban plastic bags in 2017, with an additional measure passed earlier this year stating that only biodegradable bags also criticised for their environmental impact can be used in the area.

Authorities have also backed new environmental awareness campaigns in schools, according to a local official.

But many shops still do not use biodegradable bags and enforcement against single-use plastics remains minimal.

"The local government is not sincere," said Shabir Ahmad, chairman of the Chitral traders union.

He explains: "They never check the market. They don't find the shopkeepers."

"I can confiscate all the plastic bags in one hour. But then, what is the alternative?" says Khurshid Alam Mehsud, a district administrative officer in Chitral, who insists more "time" is needed to address the issue.

Provincial governments in Sindh and Khyber Pakhtunkhwa along with municipal authorities in Lahore have issued similar bans. But little has changed on the ground due to lack of law enforcement.

As of August 14, plastic bags will be banned in the capital Islamabad, with violators subject to heavy fines.

"This love affair with plastic has to end in Pakistan," says Aslam, who hopes that the ban in Islamabad will serve as a "model" for the rest of the country.

Some shopkeepers who spoke to AFP in Islamabad appeared prepared for the move but others said they were unaware of the new measure.

Plastics manufacturers who say up to 400,000 people work directly or indirectly in the industry have also raised concerns.

But the Khan's government says the action is necessary regardless.

Aslam says: "It's a health menace, it's an economic menace, it is an environmental menace. It is something that we need to get rid of."