'I am back and safe': SECP's Joint Director Sajid Gondal resurfaces 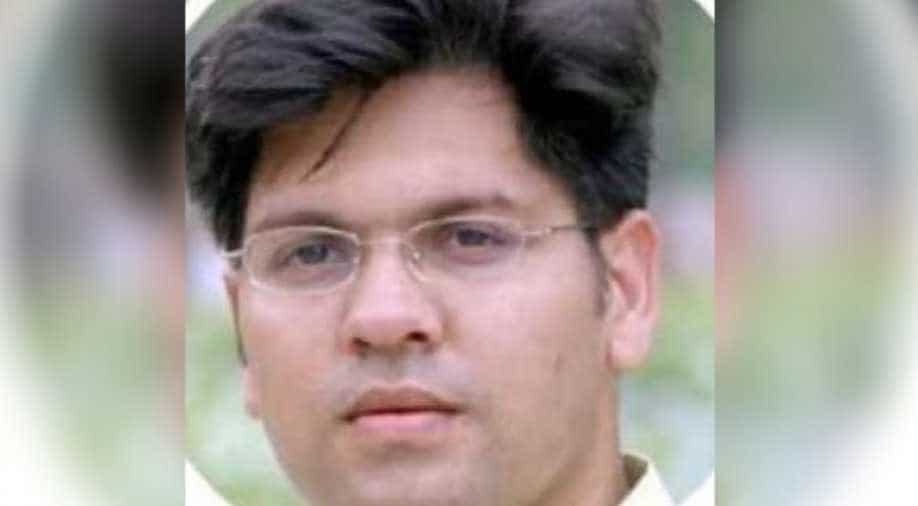 Sajid Gondal, the Joint Director of Securities and Exchange Commission of Pakistan, who had been missing since the first week of September resurfaced on the evening of September 8

Sajid Gondal, the Joint Director of Securities and Exchange Commission of Pakistan, who had been missing since the first week of September resurfaced on the evening of September 8.

“I am back and safe, and I am thankful to all friends who were worried for me”, Gondal tweeted.

I am back and safe, and I am thankful to all friends who were worried for me.

No further details about the circumstances of his return have been divulged yet.

Gondal's disappearance was being linked to the probe into Pakistan Prime Minister Imran Khan's aide and CPEC chairperson Asim Bajwa.

Police said Gondal's vehicle was found abandoned. His car was found in front of the National Agricultural Research Centre (NARC) on Park Road, located in Chak Shahzad, and his family says they have not been able to contact him since.

“Bring Back Sajid Gondal” was the top trend on Twitter in Pakistan after reports of him going missing started circulating on social media.

Former Pakistan Army spokesman Bajwa, who also served as Commander of the Southern Command, rejected the allegations against him and resigned as special assistant to the prime minister (SAPM) on information and broadcasting.

However, he would continue working as chairman of the China-Pakistan Economic Corridor (CPEC) Authority.

Prime Minister Khan's close aide senator Faisal Javed Khan tweeted that the Prime Minister asked Bajwa to continue as he was satisfied with the rebuttal issued by the former Army officer.

"Prime Minister Imran Khan has decided not to accept resignation of @AsimSBajwa from SAPM (Info & Broadcasting) post and has given instructions to continue working," according to the tweet.

Bajwa resigned after a report on a website alleged that he had used his offices in setting up off-shore businesses of his wife, sons and brothers.

The report alleged that Bajwa's younger brothers opened their first Papa John's pizza restaurant in 2002, the year he started working as a Lieutenant Colonel on the General Pervez Musharraf's staff.

It claimed that his brother Nadeem Bajwa, 53, who started as a delivery driver for the pizza restaurant franchise, another three brothers, his wife Farrukh Zeba and three sons now own a business empire which set up 99 companies in four countries, including a pizza franchise with 133 restaurants worth an estimated USD 39.9 million.

The Bajwa family's companies spent an estimated USD 52.2 million to develop their businesses and USD 14.5 million to purchase properties in the United States, according to the report.

Bajwa has rejected the allegations, saying they are "incorrect and false" and he was ready to prove it to any judicial forum.

Meanwhile, journalist Ahmed Noorani, who published the report a few days ago on a website, claimed that he has received threats to his life after publishing the news.