Are we teaching gender roles to children through toys? 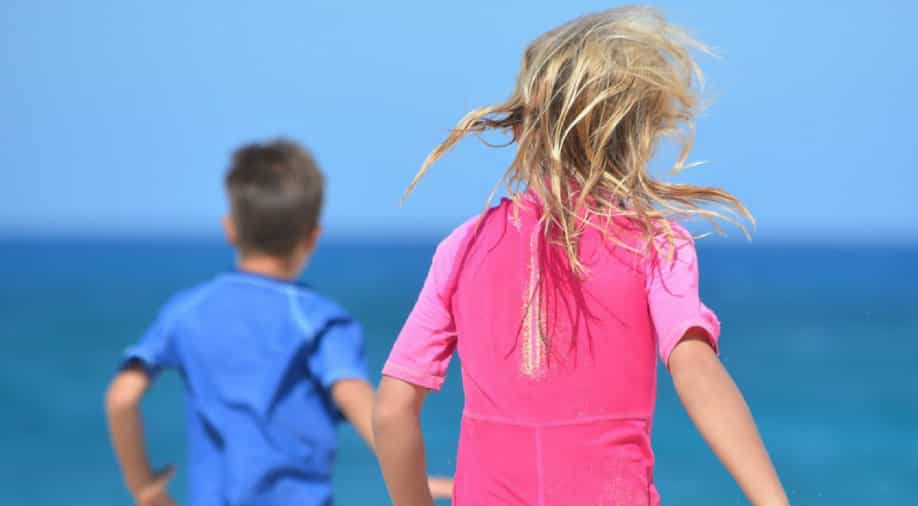 It is bothersome to see shrewd marketers manifest deep-rooted gender stereotypes to make profits. Any product that communicates with masses in some way or another has some level of social responsibility (Source: Pixabay) Photograph:( Others )

We are born into the world of pink or blue. On the surface, it may seem like a harmless depiction of the gender of a newborn. However, in its depths, this straightforward colour differentiation is a ripple that turns into a rogue wave of gender stereotypes, washing the minds of toddlers.

Imagine in a toy store, coming across a dark-complexioned peasant doll or a saintly figurine meant to perform make-believe rituals. If toys were based on race, colour and caste, the masses would be infuriated, and justifiably so. Yet, every day, we encounter toys without realising that they are so rigidly segregated—not by race but by gender. “It is believed that gender-based compartmentalisation in retail is a way to help the customers find what they need. The assumption made on behalf of parents is that girls would prefer something like a doll and boys would play with bold, non-pink trucks and bats,” says Parth Rudra, Director of Smile Foundation.

Gopika Kaul, mother of three girls, feels very strongly against gender-specific toys. “We are forcefully conditioning the minds of our children. Whenever I have to buy a toy, the first question every salesperson in any store asks me is whether it is for a girl or a boy. For girls, they will offer bracelet making sets or nail art while for boys, it will be a construction game or Lego,” she explains.

We are forcefully conditioning the minds of our children. Whenever I have to buy a toy, the first question every salesperson in any store asks me is whether it is for a girl or a boy

Kinder Joy, Italy-based chocolate, comes in plastic egg-shaped packaging that splits into two—one-half contains chocolate and the other contains a toy. There are two colour variants: the blue package "for boys" comes with pieces that assemble into automobiles and robots. Obviously, the pink one "for girls" comes with flowery, so-called "feminine" toys such as dolls.

Gopika’s daughters happened to fancy the toys offered in blue eggs. “The girls would insist on buying the boy’s pack and that is when I realised—How can Kinder Joy to decide what my girls should play with? Why should they believe that those toys are not meant for them but for boys only. Selling chocolates by gender is unacceptable,” she disputed. Her argument is logical but unlike her, many parents fall prey to marketing tactics.

Kinder Joy, Italy-based chocolate company, comes in plastic egg-shaped packaging that splits into two—one-half contains chocolate and the other contains a toy (Source: Kinder Joy) (Others)

It is notable that the girls’ side of the store, besides being pink and glamorous, also revolves around the idea of beauty and domesticity. On the other hand, the masculine side promotes building, action and aggression. “The colour-coded segregation points out how a child should be raised and what they should aspire to be, before having the chance to figure that out themselves,” asserts Rudra.

Toys play a major role in the development of intellect as the brain picks up small things from the surroundings “It may seem like a trivial issue but toys actually help children learn new skills and develop intellectually. Kitchen sets teach cognitive sequencing of events and language skills to children. Dolls teach empathy and care. Building blocks and puzzles teach spatial visualisation, which ultimately helps understand math principals. Both genders are at loss if we put kids in one direction, without giving them an option to explore the other side,” he adds.

Profits define what toy your kid should play with

A long, endearing debate is whether this divide simply reflects the different interests of the two genders or are toy manufacturers imposing gender stereotypes on children?

Gopika defines parks as a gender-neutral space of play. “All types of swings are used uniformly by children. Girls play on overhead ladders and slides while boys swing. The gendered line is drawn by toy manufacturers,” she affirmed.

There are several reasons gender-based marketing has become so prevalent. On a practical level, toy makers know that by segmenting the market into narrow demographic groups, they can sell more versions of the same toy. Often, nostalgia drives grandparents to give toys they remember from their own childhood.

Brain Science has also played its part in letting marketers develop such toys. It uses neuroimaging technology to try to explain how biological sex differences cause social phenomena like gendered toy preference.

According to director of Anant Foundation Deepika Tiwari, toys play an indispensable role in shaping the personality of a child. "If boys don’t get to play with family games, they are less likely to be gentle, nurturing and affectionate. One the other hand, excess of domesticated toys can make girls more passive. Girls relate to the objects and form their image of self which might hamper their growth and independence further," she explains.

Deepti, who is also a clinical psychologist claims that there is no psychological evidence to justify the divide "It is purely a profit making strategy of toymakers, it has nothing to do with psychology. Newborns have no compartmentalisation with respect to choice of colors," she says.

It is purely a profit making strategy of toymakers, it has nothing to do with psychology. Newborns have no compartmentalisation with respect to choice of colors

The state is such that finding a toy that is not explicitly or subtly defined by gender is extremely difficult. If nothing else, the colour of the toy defines the gender it belongs to.

It is bothersome to see shrewd marketers manifest deep-rooted gender stereotypes to make profits. Any product that communicates with masses in some way or another has some level of social responsibility. “During my visit to a bank, I came across a sexist poster advertisement for loans—for your daughter's wedding or son's education. Such innumerable instances define the aspirations of children. It is so common that there is no basic realisation on how it is shaping the minds of our children. With such thoughts planted in their heads, they grow up with those ambitions in their subconscious head,” explains Kaul.

Some companies, on the other hand, have made efforts to move in the other direction. One example is of Lego, the toy company, now making female NASA pioneers as Lego figures. "I think it’s a brilliant idea and, refreshingly, the company has moved away from gender stereotyping as done in the past. Lego girls, pink for girls with beach and salon stuff and the boys one is blue with all the 'typical boy stuff'. It was an exploitation for mercenary gain. In my opinion, the company has now redeemed itself a little bit," says Kaul.

It is believed that gender-based compartmentalization in retail is a way to help the customers find what they need. The assumption made on behalf of parents is that girls would prefer a doll and boys would play with cars (Image: Google screenshot) (Others)

When a boy plays with a doll

Many parents proclaim that their children are fond of different things. However, societal pressure and expectations insist them to stick to their gender's defined domain. This is particularly true for boys—either because the social costs for boys who transgress into the pink zone are particularly high in the homophobic culture or because of their own desire for gender orthodoxy. “It’s difficult for parents to get their children toys or costumes meant for the other gender. Although some try to broaden the kind of toys their children are exposed to, there is often social suffering associated with it,” says Rudra.

This has become a self-reinforcing cycle. As toys have become more and more gender specific, the social costs of boundary crossing and peer pressure to stay within the lines are huge—for children and parents alike. “I loved playing with my sister’s dolls as a kid. I was mocked by literally everyone—my parents used to snatch away the dolls, cousins and classmates bullied me and teased that I am gay. I ultimately gave up and pretended to like cars more. Now I realise that the problem is not with me but with our society altogether,” says Yatin Mehra, a first-year commerce student.

I loved playing with my sister’s dolls as a kid. I was mocked by literally everyone—my parents used to snatch away the dolls, cousins and classmates bullied me and teased that I am gay

It is important not just to educate parents out of their beliefs but also for them to understand how the beliefs fit into their culture.

Over the last generation, even though there has been great emphasis on the notion of gender equity, the world of toys remains in a sorry state. “A greater amount of sensitisation, awareness is required on equal opportunity,” suggests Rudra.

Parents demand legal implication for companies manufacturing gender-specific toys “It is irresponsible on the part of marketeers and there should ideally be a law to regulate such sexist marketing schemes. I completely resent this forced conditioning of the minds of children. If there is no law, how will there be any policing of such activities?” questions Kaul, determined yet struggling to protect her children from the societal typecasts.