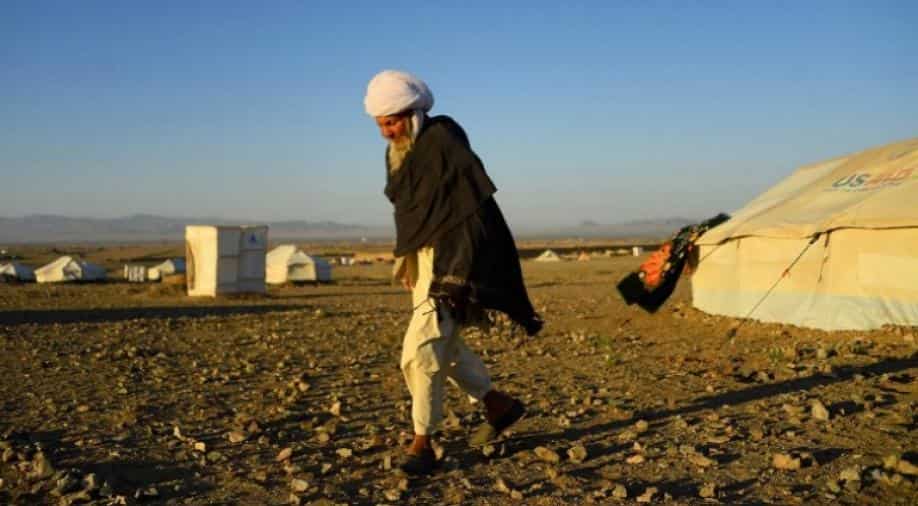 The stretch of Highway 1 between the Afghan capital and the southeastern city of Ghazni -- which the Taliban stormed in August and still threaten -- is one of the most treacherous.

On a good day, it takes Mohammad less than three hours to drive from Ghazni to Kabul. But preparations for the hair-raising journey through Taliban-infested areas can take weeks.

Road trips are a dangerous, and often deadly, activity in Afghanistan.

The stretch of Highway 1 between the Afghan capital and the southeastern city of Ghazni -- which the Taliban stormed in August and still threaten -- is one of the most treacherous.

Spontaneous trips are out of the question, said Mohammad, who is in his 20s and a regular visitor to Kabul.

Mohammad, not his real name, asked AFP to use a pseudonym to avoid being identified by the Taliban.

He begins preparing for the journey at least two weeks before his planned departure, starting with growing out his beard, which he normally keeps short, to create a scruffier appearance.

He then starts working his contacts, calling trusted relatives and neighbours who ply the busy route for information about Taliban activity along the main artery connecting Kabul to the insurgent strongholds in the south.

"You have to be careful who you call because you could be sold out to the Taliban" by someone working for the militant group, he told AFP.

'Many reasons to worry'

On the day of his departure, Mohammad swaps his clean, well-ironed clothes for a dirty pyjama-like shalwar kameez to make himself look more like a villager and clears the call history on his mobile in case a phone number raises suspicion.

"You can't just jump into a car and come (to Kabul), not if you want to be on the safe side," he said.

Mohammad's most recent trip to Kabul was delayed for three days after he received warnings of Taliban disguised as Afghan soldiers manning checkpoints along the road.

"If the tazkira is from Ghazni then you may be fine. If not, they might think that you are a member of the security forces from another province coming to Ghazni to fight," Mohammad said.

After registering to vote in the October 20 parliamentary election -- which the Taliban had vowed to attack and which was finally cancelled in Ghazni due to protests -- Mohammad carries a second tazkira that does not have a sticker identifying him as a voter.

"There are many reasons to be worried and anxious," Mohammad explained.

"Even if they don't kill you, they may keep you as a hostage and ask for a ransom. If they kept me for one night, my mother would not survive."

A one-way trip between Kabul and Ghazni costs Mohammad 250 afghanis (around $3) in a Toyota Corolla taxi, a ubiquitous model in Afghanistan that is often used as public transport. He tries to travel with drivers he knows.

He avoids travelling on Mondays and Wednesdays. Those are the days the Afghan army delivers supplies to its troops in the provinces and attacks along the highway are more likely, Mohammad said.

Thursday, the last day of the Afghan working week, is also a bad day to venture out of the city. Militants lie in wait for government employees as they leave Ghazni for the weekend.

Whenever possible, Mohammad said he travels with women wearing burqas, but not because he prefers their company.

In the deeply conservative society where physical contact between men and women in public is prohibited, female passengers can hide mobile phones and other sensitive items under their head-to-toe coverings without fear of the Taliban searching them.

Once on the open road, Mohammad remains vigilant.

He listens carefully to the phone conversations of the driver and other occupants for signs they are planning to give him, or someone else in the vehicle, up to the Taliban.

An oncoming vehicle with lights blinking, a line of cars stopped on the highway, or no traffic at all are warning signs that something has happened up ahead.

"Fighting and ambushes are common. You have to accept that you might face it," Mohammad said.

Even a few days in the heavily militarised and overcrowded city is "refreshing" and a relief from Ghazni, where he feels his "heart can burst from boredom".

But Mohammad does what he can to stay safe on his journey, even paying a few cents to a street beggar as he leaves the city in the hope the good deed will protect him.