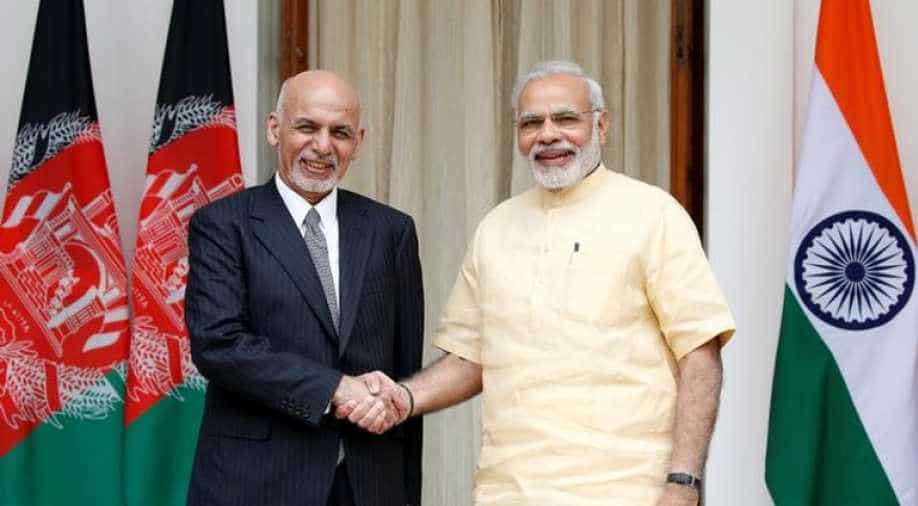 India and Afghanistan have given enough notice that they will try and corner their common neighbour for giving sanctuary and support to terrorist groups. Photograph:( Reuters )

Will India-Pakistan tensions hijack the agenda of an international conference on Afghanistan? That is the question agitating the minds of delegates who began arriving at the Indian holy city of Amritsar for the two-day Heart of Asia - Istanbul Process which began on Saturday.

The Indian government was scrambling to insulate the talks about rebuilding Afghanistan - economically via trade and connectivity; development assistance; and security cooperation - after Pakistan foreign affairs and security adviser Sartaj Aziz landed in the evening, ahead of his scheduled arrival on Sunday morning.

Whether Aziz's engagements before he returns home on Sunday will go beyond the customary handshakes and photo-ops to informal, unstructured contacts with Prime Minister Narendra Modi of India or his aides, is the subject of animated discussions on the margins of the Afghan conference.

The symbolism of Aziz's visit is not lost on key world capitals coming as it does soon after the terrorist attack on an Indian Army installation at Nagrota in Jammu and Kashmir, which was only the latest in a series of attacks which have rocked Jammu and Kashmir starting with the attack on the Pathankot air base in January this year, followed by the 18 September attack on an Indian Army camp at Uri, which claimed the lives of 19 Indian soldiers, among others.

For the third time in as many years, India is hosting world leaders or multilateral summits outside national capital Delhi. The choice of Amritsar as the venue of the Afghan conference is in keeping with Indian Prime Minister Narendra Modi's desire to take summitry outside the cloistered confines of New Delhi. In 2014, Prime Minister Narendra Modi received President Xi Jinping of China in the western Indian state of Gujarat. In October this year India hosted the BRICS Summit in the western Indian beach resort and popular tourist destination of Goa.

India's decision to host the Afghanistan conference is being interpreted by some around the world as a deliberate move by India to underscore how Pakistan has consistently blocked connectivity in this region. It is also about terrorism, and New Delhi and Kabul seem to have a plan to further embarrass Islamabad. Of late, India has not lost any opportunity to diplomatically isolate Pakistan, be it at the G-20 Summit in China, the East Asia Summit in Vietnam, the United Nations General Assembly or the now-cancelled SAARC Summit. Amritsar also has a historical significance to it; it is a key location on the Grand Trunk Road, one of the longest and oldest roads in Asia connecting Central Asia with South Asia. The GT Road was rebuilt and upgraded by a ruler of Delhi named Sher Shah Suri nearly 500 years ago. Suri was of Afghan origin. The road links Kabul via Lahore, Amritsar, Delhi to Kolkata in eastern India and all the way upto Chittagong on Bangladesh.

India and Afghanistan have given enough notice that they will try and corner their common neighbour for giving sanctuary and support to terrorist groups. The Amritsar conference can be expected to delve into specifics and identify ways to deal with terrorism and terror threats and also detail what steps should be taken against those who support and glorify terrorists.

Afghanistan may demand binding clauses to contain terror infrastructure. It is pushing for the early adoption of a Regional Counter-Terrorism Framework. New Delhi and Kabul are also toying with plans to firm up an air cargo agreement to boost their bilateral trade even as Pakistan continues to stall all possibility of signing up for promoting regional trade and connectivity.