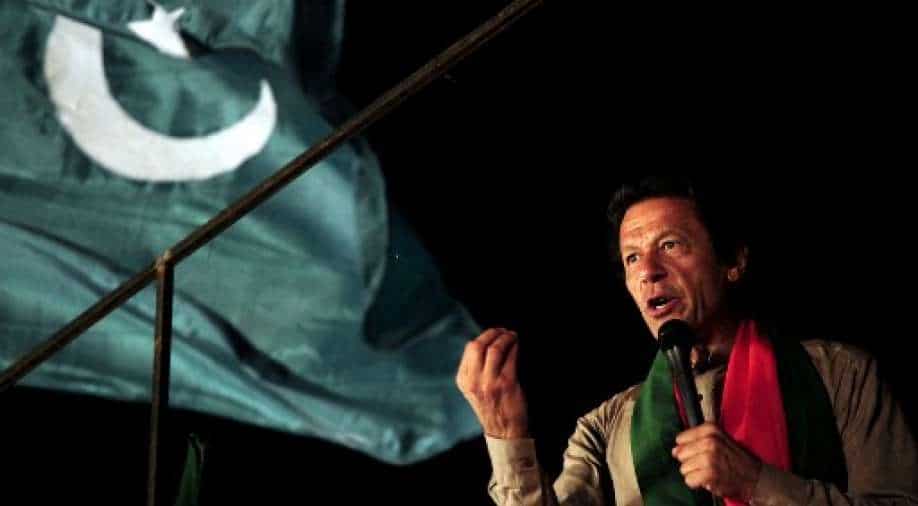 During the first no-confidence motion a fortnight ago, Imran had made a dramatic TV appearance and announced that he had requested the president to dissolve the National Assembly.

According to reports, ousted Pakistan prime minister Imran Khan had threatened to impose martial law in the country amid struggle with the opposition.

Also Read: Change of guard in Pakistan - As it happens

A report published in Britain's Guardian newspaper claimed Imran wanted to trigger a crisis in order to create a situation for the military to intervene and take over the reins.

During the first no-confidence motion a fortnight ago, Imran had made a dramatic TV appearance and announced that he had requested the president to dissolve the assembly even as the deputy Speaker dismissed the no-trust vote against Imran's government.

Watch: PPP's Bilawal Bhutto Zardari to be the next foreign minister?

The Army moved promptly to deny any involvement in the political situation in the country. The Pakistan Army said it had "absolutely nothing to do" with the situation as Imran recommended the National Assembly be dissolved.

Imran repeatedly said there was a "foreign conspiracy" to topple his government. Reports claimed earlier that Army chief Bajwa had met the former prime minister ahead of the first no-confidence vote.

The Speaker's decision to dismiss the no-confidence vote was challenged by the opposition as the Supreme Court asked Imran's government to face Parliament.

In a long drawn out no-confidence motion, Imran's party lost the vote in a midnight vote after 174 lawmakers voted in favour of the motion even as the prime minister moved out from his official residence.

Imran had called for nationwide protests ahead of the vote and on Sunday his party held a rally in Islamabad. During the rally, Imran continued to stress his government was a victim of a foreign conspiracy.