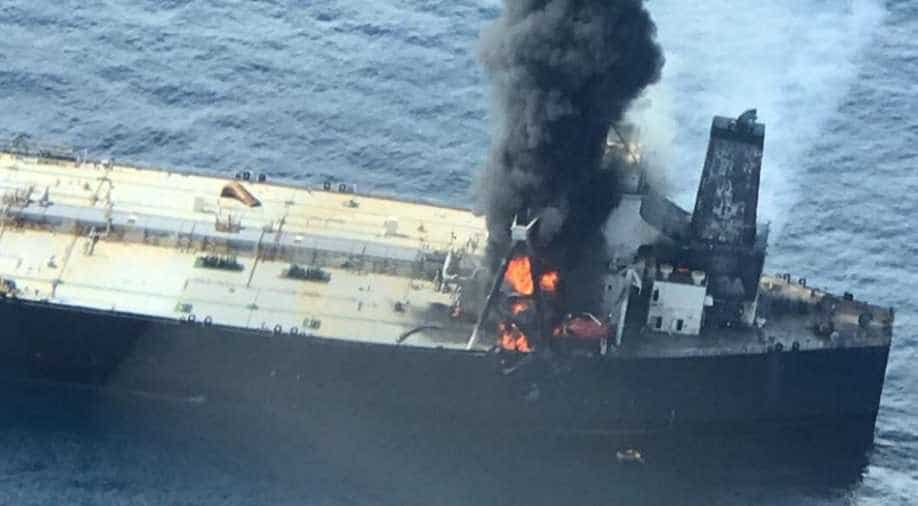 The vessel was slated to reach Paradip in India on September 5. Photograph:( WION )

Owners of oil supertanker MT New Diamond, that caught fire near Sri Lanka in the first week of September have agreed to pay USD 1.84 million to Sri Lanka for help in extinguishing fire. This is an interim claim and does not include damages for fuel leak into the sea.

MT New Diamond was ferrying Kuwaiti Oil to Indian port of Paradip. The tanker was chartered by Indian Oil Corporation. The tanker caught fire on September 3 after an explosion in its engine room.

MEPA has allowed the release of 20 crew members while one injured sailor is undergoing treatment in a private hospital in Sri Lanka, Lahandapura said.

The captain has not been allowed to leave the country as he is going through legal proceedings, she said.