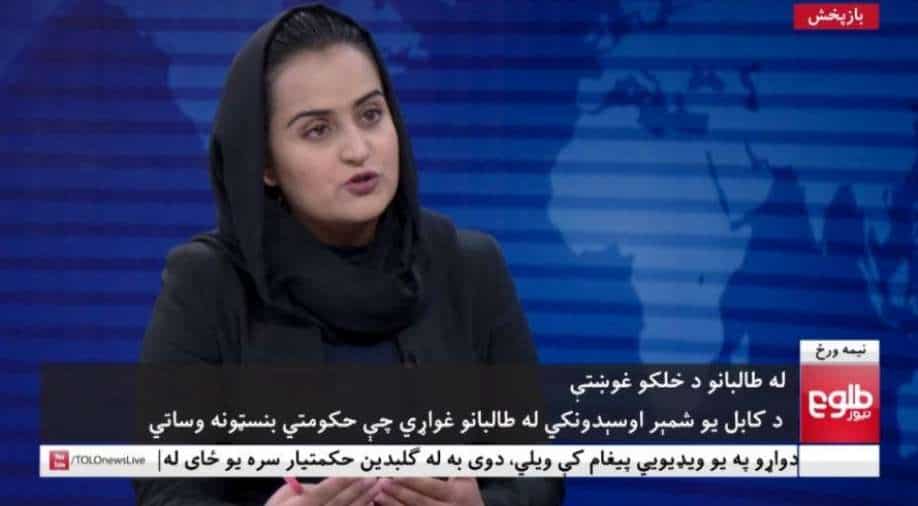 Beheshta Arghand, a female Afghan anchor, fled the country after an interview with a senior Taliban leader, CNN reported on Monday. Arghand, who worked for TOLOnews, interviewed Mawlawi Abdulhaq Hemad, a high-ranking Taliban representative in mid-August.

The TV news anchor who interviewed a Taliban spokesperson after the Taliban took power earlier this month has fled Afghanistan, raising concerns about the future of female journalists in the country.

On 17 August, Beheshta Arghand of Tolo News, Afghanistan's only international channel, interviewed Taliban spokesperson Mawlawi Abdullhaq Hemad and grilled him about women's rights under Taliban rule following the Taliban's takeover of power in Kabul and the fall of the Ashraf Ghani government that week.

Beheshta Arghand was at the pinnacle of her journalism career. When she was in Class 9, she wished to be a journalist. She has now fled Afghanistan, citing the dangers that journalists and citizens have faced since the Taliban took over.

Also read | In a first, Taliban spokesman gets interviewed by female presenter on Afghan TV

"I left the country because, like millions of people, I fear the Taliban," she said in an interview with CNN.

She did, however, add, "If the Taliban do what they said — what they promised — and the situation improves, and I know I am safe and there is no threat to my life, I will return to my country and work for it. For the sake of my people. "

TOLO News had claimed that presenter Beheshta Arghand's interview with Taliban spokesperson Mawlawi Abdulhaq Hemad was the first time an Afghan woman had interviewed with a senior Taliban official inside the country's borders.

Saad Mohseni, the owner of Tolo News, described Beheshta Arghand's situation as a perfect example of what is happening in Afghanistan under Taliban rule.

"Almost all of our well-known journalists and reporters have left. We've been working nonstop to replace them with new employees. We face the dual challenge of getting people out [because they are afraid] while also keeping the operation running, "Mohseni stated to CNN.

In an open letter, Afghan journalists, cameramen, and photographers asked the UN, the international community, rights groups, and media-supporting organisations to protect them from threats.

"Given the increasing challenges and threats facing media workers, as well as their families and property, we urge the United Nations and donor countries to take action to save our lives and our families," read the letter, signed by 150 journalists and published on Saturday.

The letter follows the August 15 fall of the Afghan government. Several journalists and media personnel have since fled the country, fearing retaliation from the Taliban.