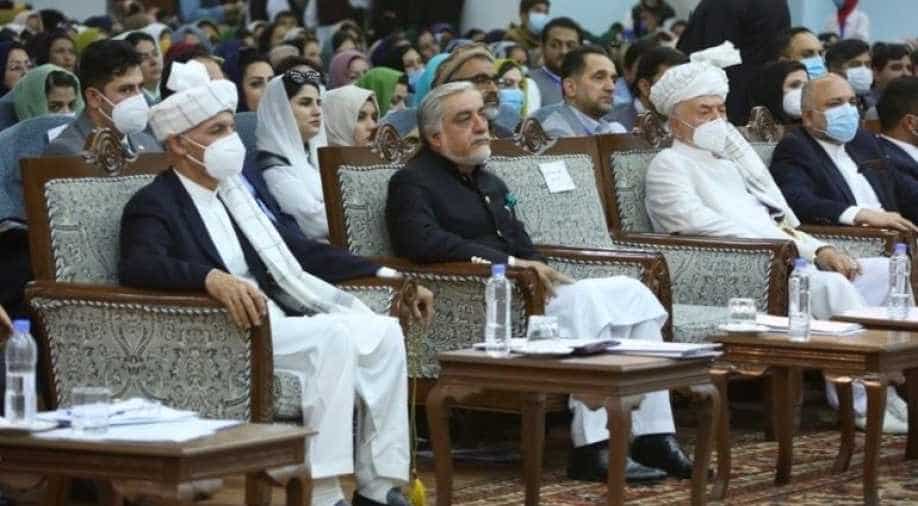 President Ashraf Ghani at Loya Jirga in Kabul to witness debate on whether the prisoners should be freed Photograph:( Reuters )

Bettina Goislard was working for the UN refugee agency when she was killed in 2003 in Ghazni, south of Kabul, by two men who are on the list of Taliban prisoners held by the Afghan government and may be set free.

The family of a French woman murdered in Afghanistan said Saturday they could not accept the release of her killers as Kabul and the Taliban discuss freeing 400 prisoners as part of a peace deal.

Bettina Goislard was working for the UN refugee agency when she was killed in 2003 in Ghazni, south of Kabul, by two men who are on the list of Taliban prisoners held by the Afghan government and may be set free.

"Such a decision to free (them) made on the basis of horse-trading would be, to us, her family, inconceivable," Bettina's parents, brother and sister said in a statement to AFP.

"It would be a denial of the judicial process which saw her killers, arrested in the act and whose guilt has never been in doubt, convicted in an Afghan court," the statement said.

On Friday, Afghan President Ashraf Ghani urged thousands of prominent citizens gathered in a Loya Jirga assembly to decide whether to release about 400 Taliban prisoners, including many involved in attacks that killed scores of Afghans and foreigners.

The prisoners' fate is a crucial hurdle in launching peace talks between the two warring sides, which have committed to completing a prisoner exchange beforehand.

The Afghan government has already released almost 5,000 Taliban inmates but has baulked at freeing the final prisoners demanded by the Taliban.

As well as Bettina's two killers, there are some 150 others who have been sentenced to death for serious crimes, according to the list seen by AFP.

Five of the men, for example, played a role in the 2018 attack on the Intercontinental hotel in Kabul which left 40 people dead, including 14 foreigners.

The family said they could never accept a decision to release the prisoners "which would not show respect to their victims or their relatives and we hope the Loya Jirga will carefully consider the case of those who have carried out such crimes and not release them."

The Loya Jirga is expected to announce a decision on Sunday. Its findings are not legally binding but carry significant political weight.