Exclusive: Islamic State of mind in God's own country 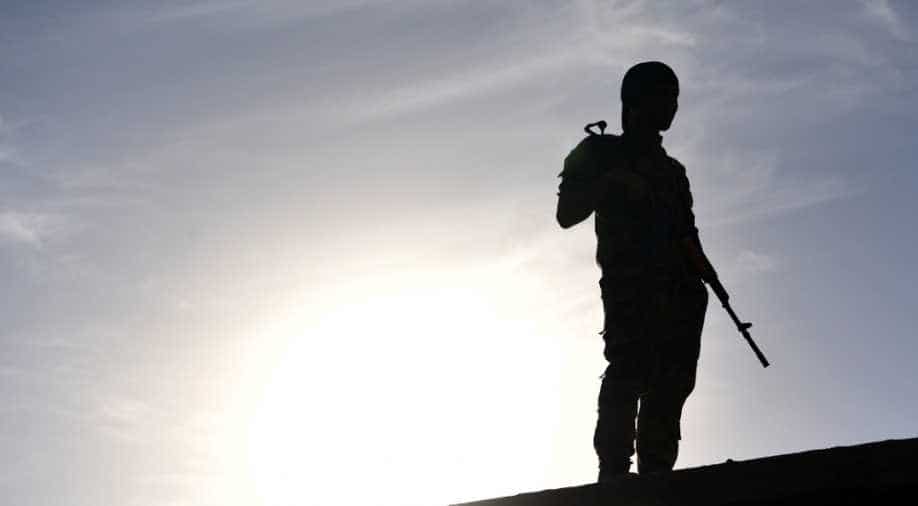 The people of Padanna are as bewildered as they are hurt by repeated references to their village as a fertile ground for Islamic State cadres. (Representative image) Photograph:( Getty )

Lush, green landscape. Stunning beaches. Scenic backwaters. And mountain treks. Kerala is a tourist's delight. The Association of British Travel Agents ranks it eighth in the 12 destinations to watch in 2017, higher than the United States, Italy, South Africa and Vietnam. But there's trouble brewing in paradise. And Padanna is in the thick of it.

Padanna is a sleepy little hamlet in the Kasargode district of north Kerala. You could easily miss it on the map. But it has gained notoriety in the last few years for sending young men -- and women -- to join the ranks of the Islamic State.

Mubaris is your average, middle-class boy in T-shirt and jeans. He loves football and enjoys hanging out with friends. Born into a Muslim family, Mubaris and his siblings received modern education. Like their late father, Mubaris's elder brother Murshid landed a job in West Asia, too. All was well until June 2016 when Murshid and 21 other young men and women from Kerala left home to join the Islamic State.

According to various studies, a large number of Islamic State recruits come from countries where Muslims by and large feel isolated. But India and certainly Kerala would not fall in that category. They enjoy a syncretic tradition and a culture of assimilation. So what is it about Kerala that makes it vulnerable to this combustible mix as it were of religion and virulpent ideology?

Padanna is not exactly America's Wild West. In fact, far from it. Like the rest of Kerala, the village enjoys a high literacy rate and a high degree of civic consciousness, too. It also boasts of high social development indices, particularly when it comes to status of women and social welfare programmes. Over the years, many from these parts have travelled abroad, especially to West Asia, where they established successful careers or businesses. Remittances play a big role in Kerala's economy. In 2015, people from Kerala repatriated more than $14 billion.

The people of Padanna are as bewildered as they are hurt by repeated references to their village as a fertile ground for the Islamic State cadres. Some doubt whether the youths indeed joined the Islamic State. Others claim that some of the messages sent by the youths to their families back home suggest that they had reached the land of Islam. For their part, the elders of the Muslim community are reticent and resent being seen as the Other. They certainly don't welcome the prying eyes of the media. However, the Muslim youth is more forthcoming. Mubaris's friend Riyaz says that those who allegedly joined the ranks of the Islamic State might have been motivated by a desire to practise the doctrine of Salafism voluntarily, not out of coercion.

"They would not have done it for money. They grew up here like the children that you see playing football here," Riyaz says, pointing to children playing football nearby. "Some of the youth went to study in Bengaluru or Mumbai. We respected them as our brothers. We noticed a change in them after they became regulars at the mosque."

What is confounding is that all the young men and women were in their 20s and 30s and some had degrees in engineering, medicine or management with well-paying jobs.

VPP Musthafa, an academic-turned-political activist, says that it is generally agreed that radicalisation of youths is a threat but there is little or no consensus or understanding on how to tackle it, or where to begin. "They (the youths who joined the Islamic State) did not have any political or religious affiliation. That is what is strange about this situation."

The number of Indian nationals who might have joined the Islamic State is fewer than 100, so in absolute terms and also as a percentage of India's population their number is minuscule as compared to some other countries of the world. But they pose a security threat nevertheless, especially for a country such as India which is already at the receiving end of cross-border terrorism emanating from its immediate neighbourhood. The spectre of hardened Islamic State recruits only adds to India's woes and raises the threat of lone wolf attacks. But what is even more worrying for India is that a majority of the Islamic State recruits come from Kerala and many of them have since been learnt to have relocated closer home to Afghanistan, where the Taliban and Pakistan's deep state are active. According to some Indian media reports, the Indian intelligence agencies have traced some of these youths to Afghanistan's eastern province of Nangarhar, bordering Pakistan.

Padanna is still coming to terms with the situation. There are no easy answers yet to some of the questions swirling in Mubaris's mind. For a state that prides itself on being called "God's Own Country", the quest for understanding man's relationship, or the lack of it, with God has taken a curious turn.