EU asks Pakistan to act on terror in a call made by Pak FM to brief situation post-Pulwama; Pak MOFA release silent on terror 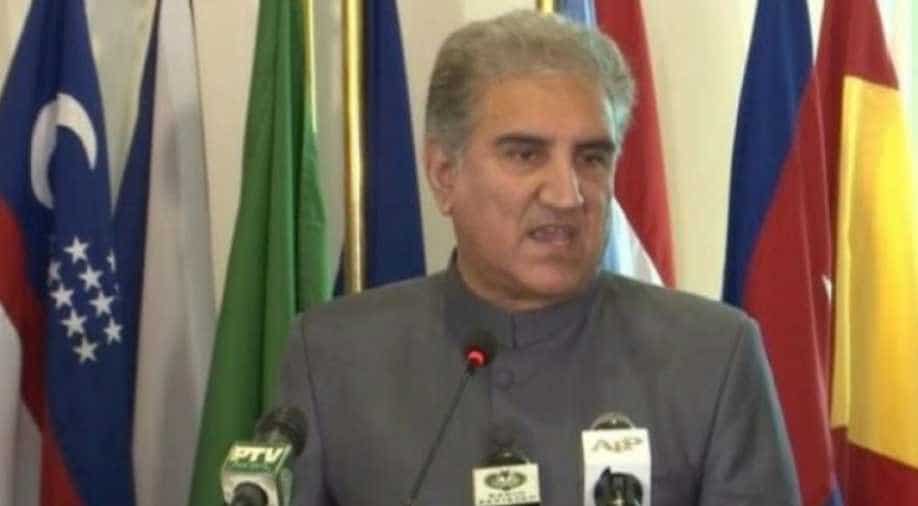 The European Union (EU) has asked Pakistan to act on terror in a call made by Pakistani foreign minister Shah Mahmood Qureshi to EU's Mogherini to brief about the situation of heightened tension post-Pulwama attack. The attack on February 14 killed more than 40 CRPF personnel was claimed by Pakistan based terror group Jaish-e-Mohammad.

She highlighted the "need to continue addressing terrorism including clear and sustained actions targeting not only all UN-listed transnational terrorist groups but also individuals claiming responsibility for such attacks."

In the release issued by EU "stressed the urgency to de-escalate the situation" arising between the two nuclear powers India and Pakistan.

But what is interesting to note is, the release issued by Pakistan's Ministry of Foreign Affairs (MOFA) on the same conversation makes no mention of terror.

Instead, it said that the Pakistani foreign minister has expressed his readiness to his EU counterpart to investigate the Pulwama terror attack if India shares "actionable intelligence" and goes on to rake Kashmir.

Pakistani Foreign Minister SM Qureshi post-Pulwama has been calling his counters part across the world but none of the releases by Pakistani foreign ministry mentions the issue of terror.

This is not for the for the first time issues have happened on releases from Pakistani foreign ministry.

In August 2018 US Secretary of State Mike Pompeo had called newly elected Pakistani Prime Minister Imran Khan asking to act on terror among other things according to a readout by United States- State Department. The Pak Mofa was quick to point out publically in a tweet saying this is "a factually incorrect statement issued by US State Department" but the state department continued to stand by its read out.