EU slams curbs on 'freedom of expression' during Pakistan elections 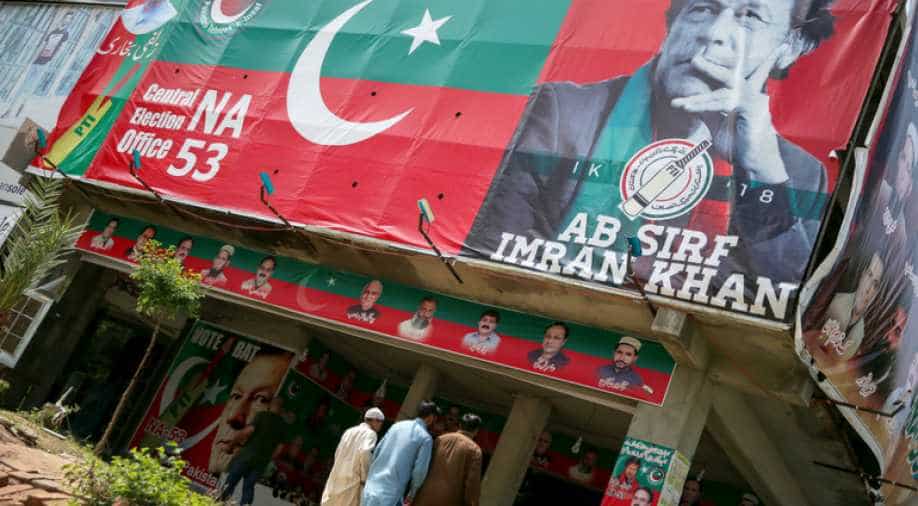 People walk past an image of cricket star-turned-politician Imran Khan, chairman of Pakistan Tehreek-e-Insaf (PTI) at a market in Islamabad, Pakistan. Photograph:( Reuters )

The European Union slammed "undue" restrictions on freedom of expression during Pakistan's election season this summer in a report released Friday, saying the crackdown led to considerable self-censorship of the media.

The pivotal election has been branded "Pakistan's dirtiest", after widespread claims in the months leading up to the vote that the powerful military was trying to fix the playing field in Khan's favour.

The army and Khan, a former cricketer who captained Pakistan to World Cup victory in 1992, have denied the claims.

"Comprehensive analysis of the media's output, however, reveals that editorial policies were carefully calibrated to downplay issues relating to the army, state security structures and the judiciary," said the EU Election Observation Mission's final report on the July polls.

The monitors also said that during the campaign season senior editors received "intimidating phone calls", while also noting curbs on the distribution of "broadcast and print outlets, and harassment of individual journalists".

"In such an environment, severe self-censorship was the safest option to continue publication" the report said.

The EU report also noted constraints on freedom of assembly during the period along with the presence of armed forces inside polling stations.

The report called for increased transparency in electoral processes and a review of election rules.

But the monitors downplayed opposition allegations of election-day malfeasance, saying that a days-long delay in the delivery of official results was caused by technical failures.

Khan and his Pakistan Tehreek-e-Insaf party won the election but fell short of an outright majority, forcing him to partner with smaller parties and independents in order to form a government.

He campaigned on promises to end widespread graft while building an "Islamic welfare state".