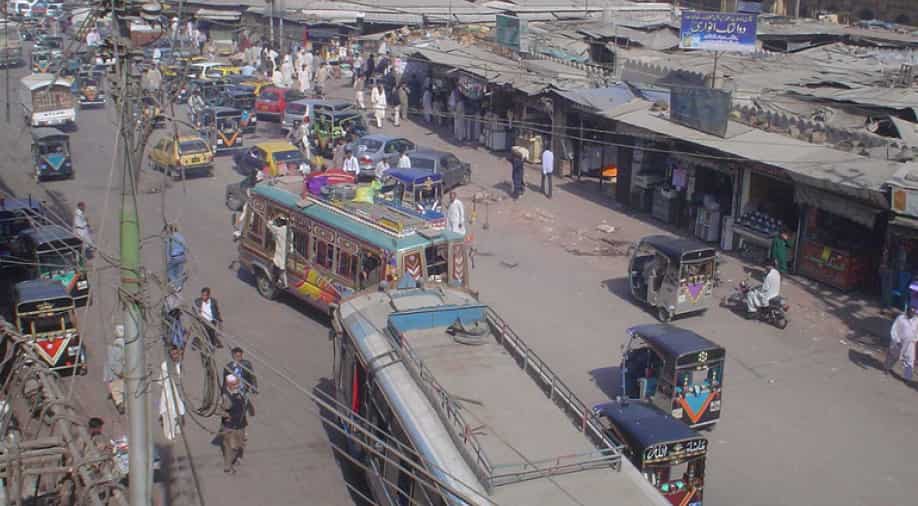 Nineteen years. That's how long after Pakistan launched its national census this year.

The two-phase counting, which started on March 15, will culminate on May 25. The result is expected to be announced by end-July.

But what made Islamabad delay a fresh headcount by nine years?

The problems are manifold. Lack of political will, ethnic insecurity, security concerns, redistribution of wealth and political clout, are but some of the main reasons for the years-long delay.

Finally, the Pakistan government had to follow the orders of the country's supreme court. After all, the government is constitutionally bound to conduct a census every decade.

Let's get down to the brass tacks of the nationwide enumeration first.

Around 200,000 army personnel were deployed and 118,000 civilian enumerators hired to compile the data.

Why even have a census?

It is vital for socio-economic planning.

And if the United Nations' word is to believed, census is a "powerful tool for planning" not only for religious minorities "but all the population of Pakistan".

For instance, if the government needs to put a schooling system in place, the census data can make their job a lot easier. Prior to building a school, the planning team will know the number of children that will benefit from this, and also the most conducive location.

Likewise with constructing roads, hospitals and other key institutions that can bolster social indices of a country.

The data will also help Islamabad in tracking internal migration.

For a fast-growing country like Pakistan, this is vital. The country is in the throes of rapid urbanisation. Three per cent every year -- the fastest in South Asia.

The data will help the country know the resources required to keep pace with the burgeoning population in urban centres.

Also, the matter of Afghan migrants. This census will count them as well. It will help the administration to keep a track on the influx of refugees in their country.

To surmise, the census is a key source tool for every country.

Experts say it is improbable for a country to implement social policies based on guesstimates. Especially for a developing country like Pakistan, which is hobbled by a lack of basic infrastructure.

The 1998 census pegged Pakistan's head count at 132.35 million. But experts suggest the number might now be around 200 million.

To nick a quote from the head of an Islamabad-based think tank, Abid Suleri, implementing policies in Pakistan is akin to "stitching someone’s clothes without knowing the age, height, weight and measurements".

So why has the establishment been so queasy about holding a census?

As mentioned earlier, there will be a redistribution of wealth and electoral seats.

There is a vested interest in maintaining a status quo. The powers-that-are are the keenest to keep things as they are.

Electoral seats in Pakistan are determined by population density. So, the flow of internal migration in recent years would upend the existing balance of power.

That has made powerful feudal landlords and political families squeamish.

At the moment, Punjab is the most politically critical province in Pakistan. Of the 342 seats in the national assembly, Punjab has 183.
That means the province can single-handedly decide the outcome of a national election.

The powerful political parties enjoy widespread support in the province.

So, if there is a 'devolution' of electoral seats in Punjab, parties would have to redraw their political blueprint.

Political power is likely to change hands in the country's southeast Sindh province.

Currently, upper Sindh is the political underdog but the recent counting is likely to change that. Lower and middle part of the province -- the hitherto political heavyweights -- would lose their current status.

Also, one of the observations gleaned from the 2013 national election is that sharp ethnic faultlines have riven the country's rural areas.

But rapid urbanisation, coupled with the eventual loss of electoral seats in rural areas in the aftermath of the national head count, would bring an end to such vicious votebank politics.

Several concerns have been raised from various parts of the country.

None more so than in Pakistan's poorest province Balochistan.

Balochistan is a sparsely populated region. To give perspective, the province comprises 44 per cent area of the country, yet contributes just 4.96 per cent of the total population.

The federal government's decision to count Afghan refugees have been stoutly opposed by the Baloch populace.

They fear they would be relegated to minority status in their own heartland as there has been a steady influx of Afghan refugees in their province.

Khyber Pakhtunkhwa has also raised the government's intention to count the data in Islamabad.

While lack of equipment has been cited as the official reason, Pashtun leaders fear data would be fudged (read undercounting) to perpetuate the region in socio-economic doldrums.

They believe that undercounting would result in the region continuing to get less funds from the federal government.

The country's 500,000-odd Ahmadis -- who are viewed by the Sunni-dominant people of Pakistan as heretics -- are also worried about the census, though they have only spoken about it in hushed tones, given the levels of persecution they have been subjected to in the last seven decades.

They are concerned that identifying themselves as Ahmadis would expose them to discrimination.

Also, Ahmadi names are not different from a Muslim name. There is a danger that the enumerator might tick an uneducated Ahmadi as a Muslim on their behalf. If caught, the person might be jailed for three years for falsely identifying himself as a Muslim.

There was also a brief flutter over the lack of recognition of all religious minorities.

The initial census form had drawn up different categories for people to state their religion -- Muslim, Christian, Hindu, Ahmadi and 'others'.

But there was a conspicuous omission -- the Sikhs were left out.

Ironically, the Sikh religion was founded about 500 years back in what is now Pakistan.

But that was later sorted out when the courts intervened.

And the shining beacon of this census is that transgenders will be counted for the first time. However, there was a fork in the soup.

People in Peshawar were given forms without that choice. But that glitch was later wrinkled out.