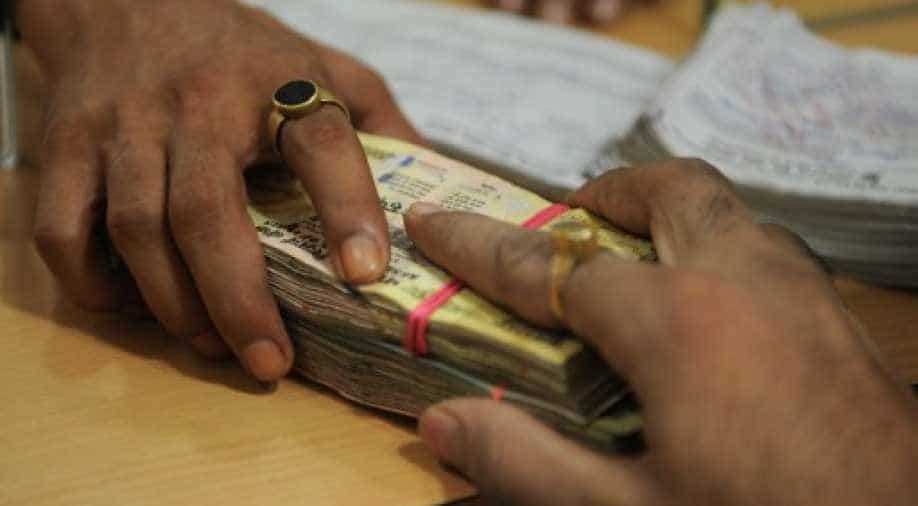 Indian citizens have been warned of scrutiny if they deposit old banknotes worth more than Rs 2.5 lakh (nearly $3,700). Photograph:( AFP )

The Indian government assured there are enough ways to keep a tab on bank accounts belonging to political parties.

The reiteration comes a day after the government allowed political parties to deposit old currency notes in their accounts without being taxed.

But the Central Board of Direct Taxes said political parties had to maintain records of all donations above Rs 20,000.

"In respect of each voluntary contribution in excess of Rs 20,000, the political party will have to maintain a record of such contributions along with the name and address of such person who has made such contribution," CBDT said in a statement.

On Friday, the government said political parties could deposit old currency notes without getting under the scanner of taxmen. In contrast, Indian citizens have been warned of depositing old banknotes worth more than Rs 2.5 lakh (nearly $3,700).

But revenue secretary Hasmukh Adhia said that they will not unncessarily chase those who have put in Rs 2.5 lakh deposits.

"But where we find people have tried to misuse the provision by putting in multiple accounts in different banks (we will go after them)," he said.

However, the tax exemption is applicable only if the political party keeps and maintain such books and other documents of the income and the accounts are audited.

Section 13A of the Income Tax Act, 1961 grants exemption from tax to political parties in respect of their income. This income could be from house property, other sources, capital gains and income by way of voluntary contributions received from any person.