Eight Islamists get death in Bangladesh over publisher’s murder 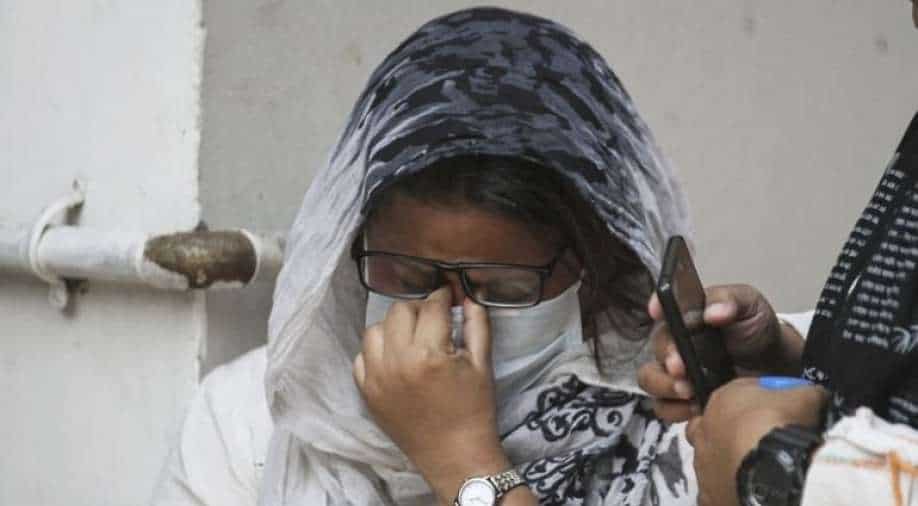 Faisal Arefin Dipan's wife reacts after eight Islamist extremists were sentenced to death in a court over the murder of her husband in Dhaka on Wednesday. Photograph:( AFP )

Faisal Arefin Dipan, 43, the owner of a Dhaka-based publishing house that released several atheist books, was hacked to death in October 2015 by men suspected to be members of a local jihadist group

Eight Islamic extremists were sentenced to death in Bangladesh for the murder of a publisher on Wednesday, as the Muslim-majority nation grapples with tensions between religious hardliners and secularists.

Faisal Arefin Dipan, 43, the owner of a Dhaka-based publishing house that released several atheist books, was hacked to death in October 2015 by men suspected to be members of a local jihadist group.

The attack was part of a wave of violence between 2013 and 2016 targeting secular activists, bloggers and atheist writers.

Several top Islamist political party leaders were hanged over the violence under the government of Prime Minister Sheikh Hasina.

"He (the judge) said their goal was to muzzle people's voices by murdering bloggers, writers and publishers. They wanted to disrupt public security by creating panic among the people," Zakir said.

Two of the men are still on the loose and were sentenced in absentia, including mastermind Syed Ziaul Haque, a sacked army officer, Zakir added.

Haque has been charged with the killings of several secular activists.

A defence lawyer for the eight men said they would appeal against the sentences.

The Bangladesh government has set up two major anti-terrorism police units in recent years to crack down on Islamic extremists.

More than 100 suspected Islamists have been killed in anti-terror raids across the country and hundreds have been detained. Around half-a-dozen Islamist militant outfits have been banned.

Star Bangladeshi cricketer Shakib Al Hasan has become the latest target of radicals and had to be given an armed bodyguard after he was threatened for attending a Hindu ceremony in neighbouring India.