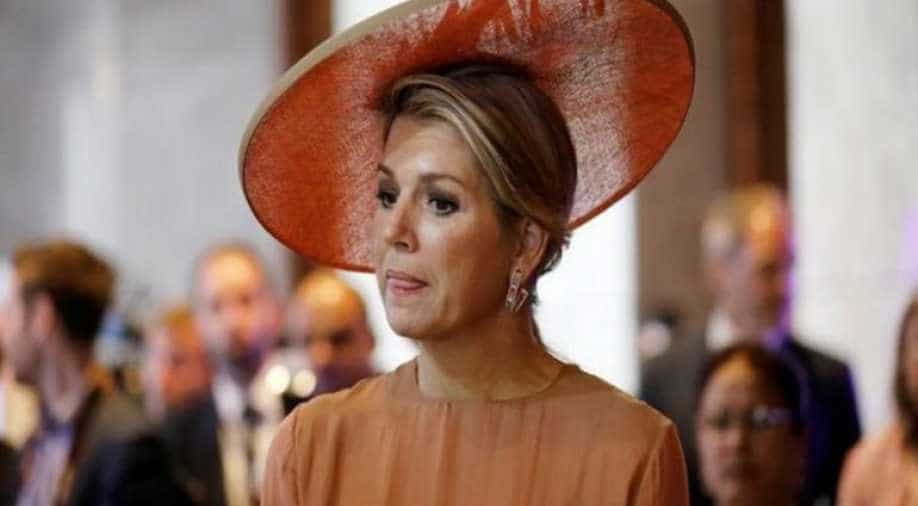 The Queen, accompanied by a six-member delegation, was welcomed by officials of Pakistan's foreign ministry and the Dutch embassy.

Queen Maxima of the Netherlands arrived in Pakistan on Monday on a three-day visit in her capacity as the United Nations Secretary General's Special Advocate (UNSGSA) for inclusive finance for development.

The Queen, accompanied by a six-member delegation, was welcomed by officials of Pakistan's foreign ministry and the Dutch embassy, Express Tribune reported.

Pakistan's Foreign Office, in a statement, had said that the Dutch queen, during her visit, will meet President Arif Alvi and Prime Minister Imran Khan besides holding talks with a range of stakeholders from the public and private sectors.

The Queen will also attend the launch of the Micro Payment Gateway, an initiative of the State Bank of Pakistan.

The Queen has been the UN Secretary General's Special Advocate for inclusive finance for development since 2009. In this capacity, she is actively engaged worldwide in promoting access of individuals and enterprises to financial services at a reasonable cost, with the aim of improving economic and social development opportunities.

"She [Queen Maxima] plans to discuss progress made on providing access to financial services with the aim of improving the financial lives of people in Pakistan. The Special Advocate will undertake the visit at the invitation of the Pakistani government. It is a follow-up to Her Majesty's visit as the UNSGSA in February 2016," read a statement issued by the UNSGSA earlier this month.

"In Islamabad, the UNSGSA will speak with international development partners, representatives from the fintech sector, the governor of the State Bank of Pakistan (SBP) Reza Baqir, the Prime Minister's Financial Advisor Abdul Hafeez Shaikh and the Chairman of the National Database and Registration Authority (NADRA), Usman Mubin. The Special Advocate will also meet with President Arif Alvi and Prime Minister Imran Khan," the statement added.

She is also the latest royal to visit Pakistan following the October tour of Britain's Prince William and Kate Middleton.