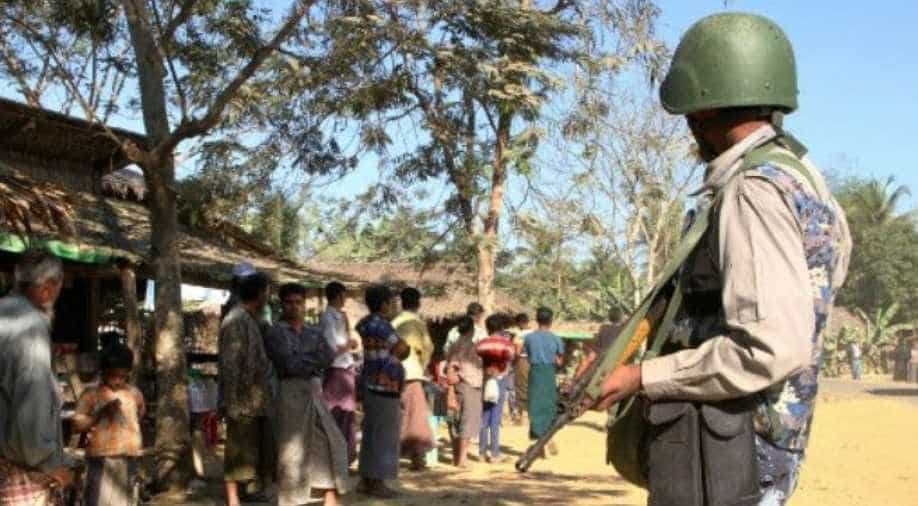 Each year thousands of Rohingya and stateless Bangladeshis try to reach Malaysia or Indonesia by sea.

More than 60 people were found stranded near a boat in Myanmar's Rakhine state, an official said Monday, as a trafficking route for persecuted Rohingya Muslims, appears open for business despite a crackdown.

Each year thousands of Rohingya and stateless Bangladeshis try to reach Malaysia or Indonesia by sea.

But boatloads commonly wash up on the shores of Myanmar or Thailand, especially in the treacherous conditions brought by the monsoon season.

"We found four men on the boat and the rest nearby. In total there were 63 people," he said by phone, adding it was not yet clear if they were Bangladeshi or Rohingya.

Myanmar officials do not recognise the Rohingya as an ethnic group and refer to them as Bengalis or Muslims from Rakhine state.

Authorities tried to close down the multi-million dollar people smuggling route in 2015 after the discovery of mass graves in southern Thailand.

But many still spend their life savings to embark on the risky sea voyages.

Many have been confined to camps for years, are denied citizenship and lack access to work, healthcare, and schools.

Most people escaping by sea attempt the journey before March, but some are also ready to risk rougher waters.

A Thai boat captain was charged last month for smuggling a group of 65 Rohingya.

On Saturday almost two-dozen Rohingya Muslims were among a larger group of migrants found hiding in a Thai jungle after being abandoned by traffickers, police said.

Myanmar's army drove 740,000 of the stateless minority into Bangladesh in a bloody crackdown in 2017, where they joined some 300,000 more from previous expulsions.

United Nations investigators have called for the prosecution of top generals for "genocide".

Myanmar says it was defending itself against Rohingya militants.