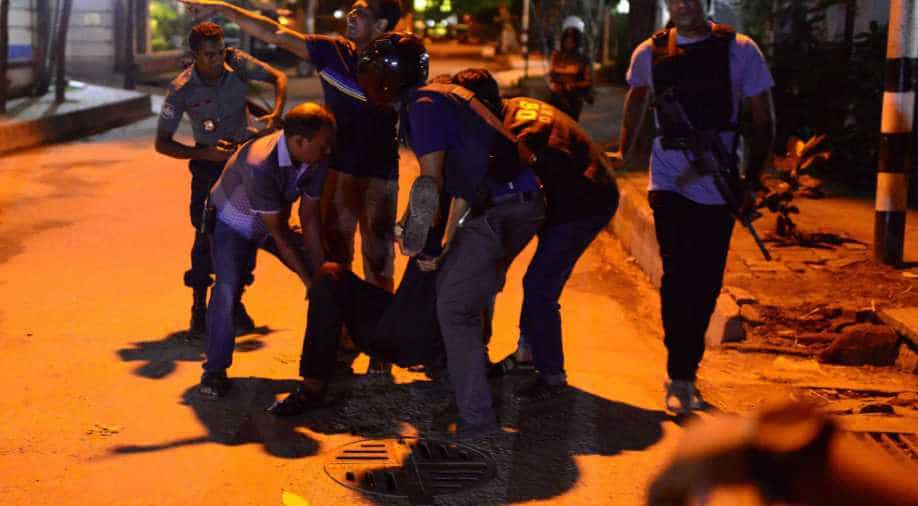 Bangladesh security sources said they were probing deeper for possible ties between the gunmen and trans-national Islamist extremist groups given the scale and sophistication of the attack. Photograph:(Getty)
Follow Us
The seven militants, who killed 20 at a restaurant in Dhaka, were local Bangladeshis and authorities had tried before to arrest five of them, police said, as the country began a two-day period of mourning today.

Gunmen stormed the upmarket restaurant popular with expatriates in the diplomatic zone late on Friday, before killing 18 foreigners in a coordinated mass killing that experts said marked a level of scale and sophistication not previously seen in the South Asian country.

Most of the victims were hacked to death with machetes before commandos entered the building, killing six of the militants and capturing a seventh, after a 12-hour standoff, police said.

"All gunmen were Bangladeshi. Five of them were listed as militants and law enforcers made several drives to arrest them," national police chief Shahidul Hoque told reporters in Dhaka late on Saturday.

Police have yet to comment on Islamic State's claims of responsibility, but security sources said authorities were probing deeper for possible ties between the gunmen and trans-national Islamist extremist groups given the scale and sophistication of the attack.

Bangladesh has blamed two home-grown groups for a series of grisly killings targeting liberals or members of minority groups over the past 18 months, and local authorities have maintained that no operational links exist between Bangladeshi militants and international jihadi networks.

Islamic State posted photos on Saturday of five fighters it said were involved in the killings but its claim has not been confirmed.

Police said nine Italians, seven Japanese, two Bangladeshis, an Indian and a US citizen were killed during the attack at the Dhaka building, split between the Holey Artisan Bakery and the O'Kitchen Restaurant.

Italian media said several of the Italians victims worked in the garment industry, and the attack will frighten expatriates working in the $26 billion garment sector that accounts for 80 per cent of its exports.

Prime Minister Sheikh Hasina announced two days of national mourning on Saturday and said the country would stand up and fight the "terror threat".