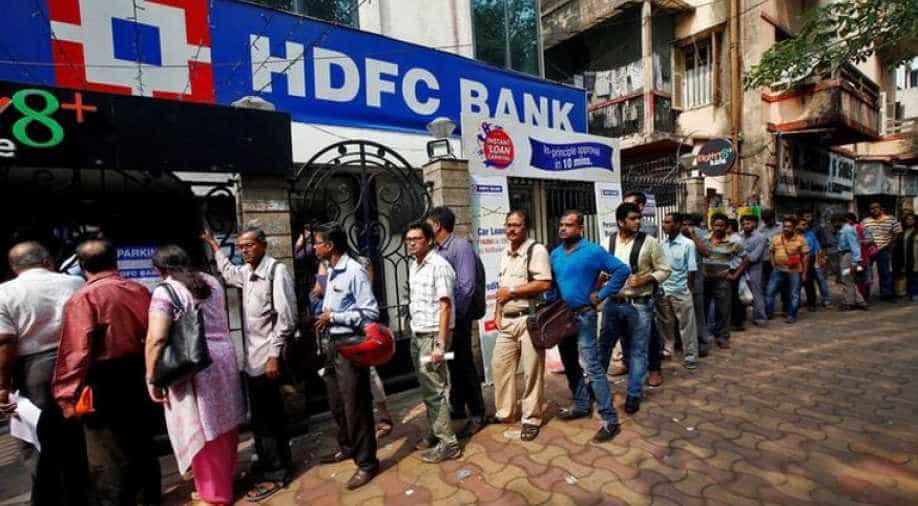 The Bank Employees' Federation warned the situation could turn worse in a week should people face difficulties in withdrawing their salaries from banks and ATMs. Photograph:( Reuters )

The Bank Employees Federation of India (BEFI) said Thursday that the current shortage of cash in the economy will continue for another four to five months -- even if all four of the country's mints work at optimum capacity.

"Cash shortage will continue even if the four currency note printing presses run at their optimum capacity. It will take four to five months to restore normalcy in cash supply," PTI reported BEFI general secretary P K Biswas as saying.

The BEFI also warned that the situation might get worse next week when people find it difficult or are unable to withdraw their salaries from banks and ATMs, and that that will make people more impatient.

PTI reported that Biswas also alleged that at some bank branches, customers had vandalised bank property and halted banking operations due to the shortage of cash post-demonetisation.

On the evening of November 8 this year, Indian Prime Minister Narendra Modi announced that 500- and 1,000-rupee notes cease to be legal tender. He said the move was aimed at doing away with black money -- which was one of his poll promises -- and money used to fund terror. But it also took 86% of the currency in circulation then out of the economy.

As much as 90% of all transactions in India are conducted with cash, and people have been severely inconvenienced by the sudden demonetisation.