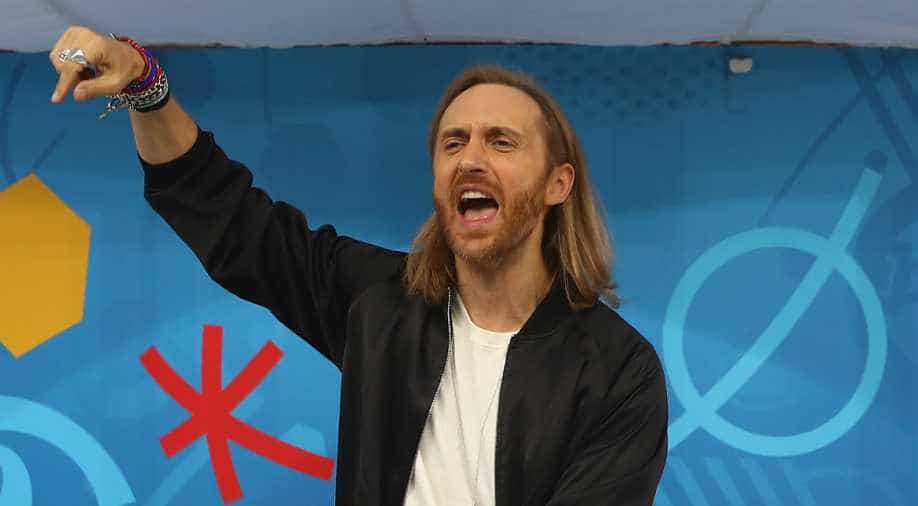 DJ David Guetta performs during the opening ceremony during the UEFA Euro 2016 Group A match between France and Romania at Stade de France on June 10, 2016 in Paris, France. Photograph:( Getty )

French DJ David Guetta's concert, scheduled for Bengaluru tonight, has been scrapped with the organisers citing "law and order situation" following the molestation incident during New Year's Eve as the reason.

Authorities, however, say that the concert was not cancelled and the organisers were asked to decide on another date.

The DJ, 49, is on a four-city tour which was expected to begin from Bengaluru and then move to Mumbai, Hyderabad and New Delhi.

"Due to the present law & order situation in Bengaluru following the events that transpired around New Year's Eve, the authorities have recommended against holding the David Guetta concert scheduled today in the city."

"We at Sunburn tried our very best to make it happen but the authorities understandably are not prepared to take any chances. Hence today's concert unfortunately stands cancelled," Karan Singh, CEO, Sunburn, had earlier said in a statement.

The organisers said they hope to "reschedule" the concert if they get permission from the authorities and the artist but there is no clarity at the moment.

"Other shows in Mumbai, New Delhi and Hyderabad are on as per schedule," Singh said.