Could win Afghanistan war in 'a week or ten days' but chose not to do so, says Donald Trump in meeting with Pakistan PM Imran Khan 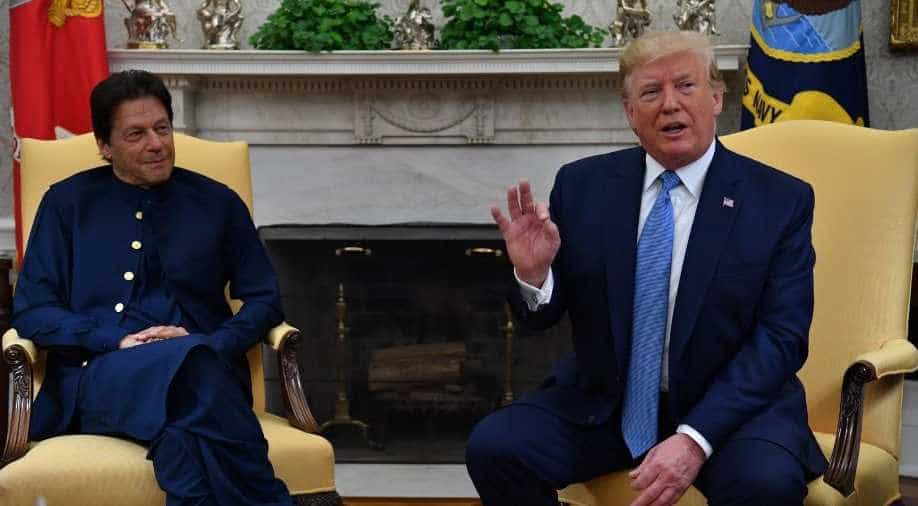 Trump on Monday hosted Imran Khan, who is on his first official visit to Washington seeking to revive a fractured relationship, at the Oval office.

US President Donald Trump on Monday said that he could win Afghanistan war in "a week or ten days" but he doesn't want to "wipe" Afghanistan off the face of the earth.

"We have been there (Afghanistan) for 19 years, and we've acted as policemen, not soldiers and again if we wanted to be soldiers it would be over in 10 days -- one week to 10 days if we wanted to. But I have not chosen that," Trump said at the Oval office while hosting Pakistan Prime Minister Imran Khan who is in a three-day visit to the US.

During the discussion on Afghanistan peace process with Khan, Trump warned that "Afghanistan would be wiped off the face of the Earth."

"Why would we kill millions of people. It wouldn't be fair in terms of humanity, it wouldn't be fair. So we're doing very well and I think that Pakistan is going to be a big help," Trump added.

"There is only one solution, and I feel, and I think that we will discuss this, is the closest we have been to a peace deal. And we hope that in the coming days we will be able to urge the Taliban to speak to the Afghan government and come to a settlement -- a political solution," Trump also said.

Trump on Monday hosted Imran Khan, who is on his first official visit to Washington seeking to revive a fractured relationship, at the Oval office.

This is the first official meeting between the two leaders as Pakistan seeks to leverage support from the Trump administration on steps taken on containing terrorism, a point of contention with the US president often tweeting on Pakistan's support to terror elements on its soil.

During the meeting Khan-Trump meeting, the US President hailed Pakistan's help in advancing peace talks in Afghanistan, in a marked shift tone as the US seeks an accord with the Taliban to end the long-running war.

Pakistan was the Taliban's chief sponsor when it took power in neighbouring Afghanistan during the 1990s.

Its influence over the group, which has waged an insurgency since it was ousted from power by US-led forces in 2001, is seen as key in facilitating a political settlement with the government of President Ashraf Ghani.

The United States is pressing for a political agreement with the Taliban before presidential voting in Afghanistan in late September. This would clear the way for most US troops to withdraw from Afghanistan and bring an end to America's longest war.