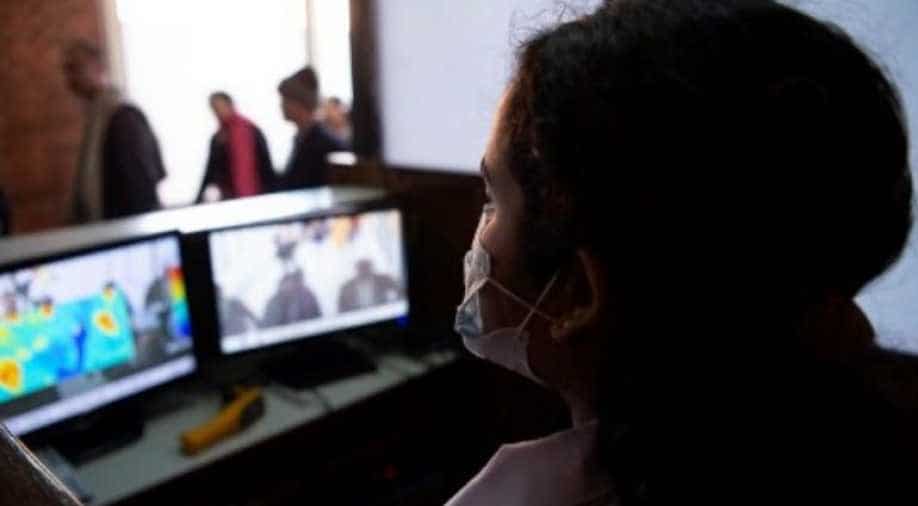 The deadly coronavirus that first originated in the Chinese city of Wuhan in December last year has claimed over 4,200 lives and infected more than 117,330 people across 107 countries and territories.

A total of 71 Chinese workers engaged at a construction site in Nepal have been placed under quarantine after their return to the Himalayan nation from China, an official said on Wednesday.

The Chinese workers, who returned to Nepal between March 4 and 6 from Chengdu and Beijing after celebrating the Chinese New Year, have been kept in isolation at the Pokhara Regional Airport project where they work.

"They had already been quarantined in China for 14 days before embarking for Nepal. As neither we nor the workers wanted to take any chances, we decided to place them in quarantine again," said airport project manager Binesh Munkarmi.

The workers' temperature is being checked three times a day, he said.

"We've informed the Province Health Directorate about the quarantine of Chinese workers. So far, everyone's is normal," Munkarmi said.

Earlier, 36 Chinese workers of the airport project were also quarantined after their return from China.

Munkarmi said a total of 190 Chinese workers, including the 36 who underwent quarantine, had been deployed for work.

Gandaki Province Health Directorate Director Binod Sharma said his office was keeping a close eye on the condition of the Chinese workers engaged at the airport construction site.

"We'd visited the project site on Sunday morning. All workers are in good health," he said.

Sharma informed his office was also monitoring the health of Chinese workers employed at other projects, such as Nawalpur's Hongshi Cement Factory, Narayangadh-Butwal road section and Nyadi Hydropower Project.

China has been investing heavily in Nepal in the last few years to enhance the connectivity and infrastructure.

The two countries signed eight agreements in 2018 for developing major infrastructure projects in the land-locked Himalayan nation to further deepen the bilateral ties.

The deadly coronavirus that first originated in the Chinese city of Wuhan in December last year has claimed over 4,200 lives and infected more than 117,330 people across 107 countries and territories.

China remains the hardest-hit with more than 80,000 infections and 3,000 deaths.

The World Health Organisation raised the global virus risk to maximum level after the outbreak spread to sub-Saharan Africa and stock markets around the world plummeted.