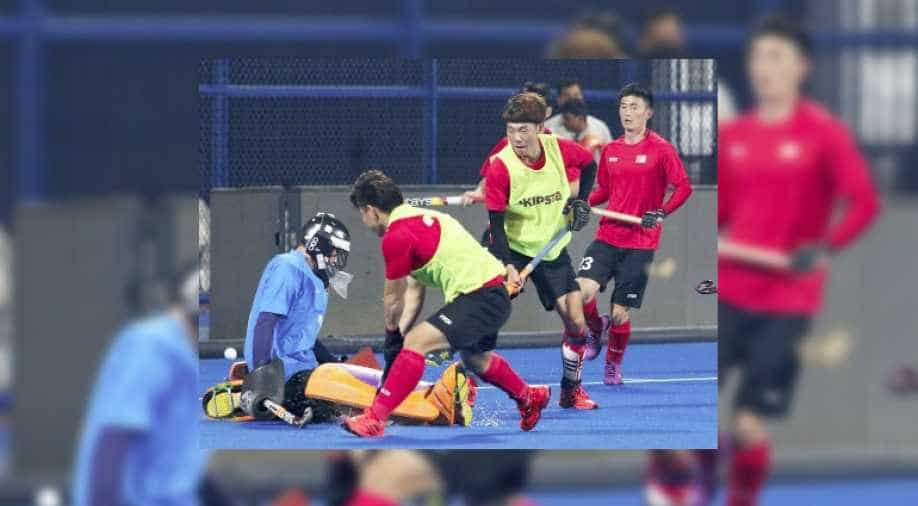 China's men's hockey team is making its debut at the World Cup and its best result in the sport to date is a silver medal finish at the 2006 Doha Asian Games.

Unusual as it may sound but China, for all its sporting culture, provinces and gargantuan size, had to pick all its 18 hockey World Cup-bound players from one province, the name of which sounds similar to that of its neighbouring country.

China's men's hockey team is making its debut at the World Cup here and its best result in the sport to date is a silver medal finish at the 2006 Doha Asian Games.

What has caught the attention is that all the 18 players representing China in the ongoing World Cup hail from the Inner Mongolia province.

Hockey is not that popular in China. It is most common among the Daur people, who have been playing a traditional sport called 'Beikou', a game similar to field hockey, for about 1,000 years.

The modern game started in China in the mid-1970s.

"Yes, all players from the team are from Inner Mongolia. They all are from just one club and one province," China's South Korean coach Sang Ryul Kim told PTI.

Kim, who guided his own country South Korea to a silver medal in the 2000 Sydney Olympics and mentored China to beat India and Pakistan before claiming the Doha Asiad silver, has got a wealth of experience as a coach.

"Hockey is most popular in that region of China. Hockey is similar to a traditional sport of that region named 'Beikou', so these players have easily adapted to the game," he added.

China will make its World Cup debut against England in a Pool B match on Friday and the coach said his players have the capability to cause an upset or two in the tournament if they turn out on the turf without any fear.

"They have the fitness. They have the mental strength. The only problem with our players is that they have very less experience of playing against strong teams. That's the only weakness," Kim said.

"If they (Chinese players) are worried and doubtful on the pitch, they can't do anything. If they are confident, they can do something," he added.