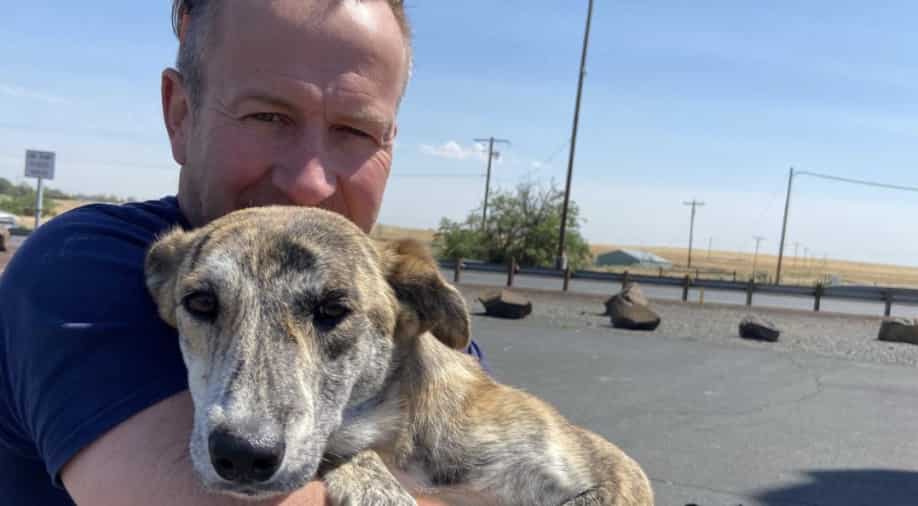 Blaming Joe Biden, he said that he "went through hell" to reach the airport and was turned away as the US government had changed paperwork rules just two hours earlier

British former Royal Marine who runs an animal shelter in Kabul, Afghanistan, Paul 'Pen' Farthing, says that he was denied entry to the airport due to a change in paperwork rules.

Blaming Joe Biden, he said that he "went through hell" to reach the airport and was turned away as the US government had changed paperwork rules just two hours earlier.

He was caught up in the deadly explosions outside Kabul airport in which dozens of people were killed.

Taking to Twitter, he wrote that he and his whole team, along with the animals, were safely inside the airport perimeter when he was told that Biden had "changed policy" on who could leave.

The whole team & dogs/cats were safely 300m inside the airport perimeter. We were turned away as @JoeBiden @POTUS had changed paperwork rules just 2 hours earlier. Went through hell to get there & we were turned away into the chaos of those devastating explosions. #OperationArk

He said they were "turned away into the chaos of those devastating explosions."

Pen Farthing had launched a widely-covered campaign earlier this month to evacuate his shelter's 200 animals, along with his staff and their families, out of Kabul.

He chartered a $500,000 plane to land at Kabul airport for the rescue operation which has been named as Operation Ark.

He was questioned as to why he was not escorted by the British government. To this he replied that the US controlled the Kabul airport internally, so their rules "trumped" the British paperwork he carried.

The US control the airport (internally) so it trumped the British paperwork we had.

No ‘pets before people’ is a phrase that’ll come to haunt @BWallaceMP & other MPs who agreed with him. This flight would’ve also been evacuating qualified Afghan veterinary staff & their families fleeing from the Taliban. It was as much a humanitarian mission as any #NowzadRescue

This is devastating news. I don't want to think about those poor animals and what will become of them now. 😥

Pen Farthing said that it was 'just so depressing' he had to leave his staff in Afghanistan as he prepared to fly off with 180 animals. He told how his employees were stopped from crossing the Taliban line to the British area at Kabul airport.

His desperate comments were in sharp contrast to his wife, who last night spoke that her husband and his furry friends were on their way home. Kaisa Markhus, who fled Afghanistan last week for her native Norway, was eating dinner with her father in Oslo when she was told he was getting out.