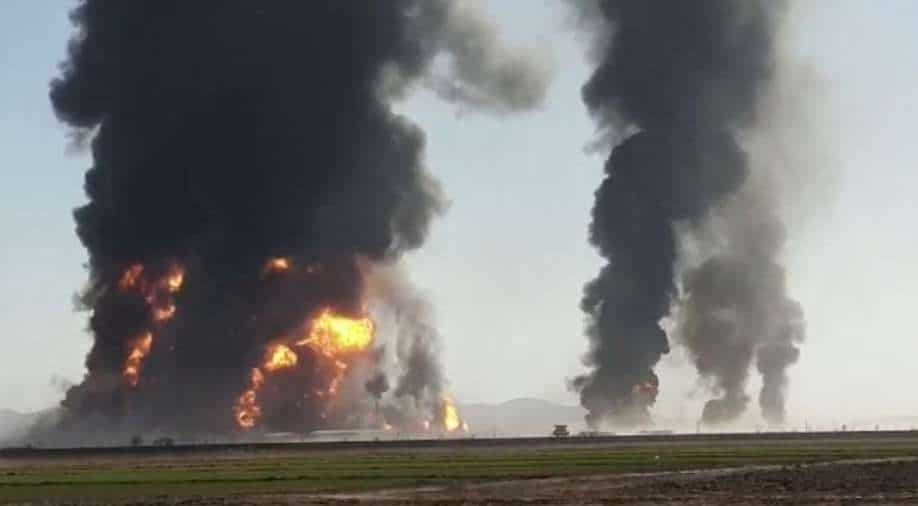 At least 20 people have been injured after at least 100 oil and gas tankers got destroyed by multiple blasts causing a massive fire at Afghanistan's biggest trade crossing with Iran, officials said on Sunday.

The huge fire, which erupted Saturday afternoon at Islam Qala port, has majorly been doused and an investigation has been launched to find the cause.

"We were told that 100 or 200 tankers have been destroyed, but this number could be higher. We need more time to find out the extent of the damage," Jailani Farhad, the spokesman for the governor of Herat province scene, was reported as saying by news agency AFP.

Video of the massive fuel tanker explosion today on the #Iran-#Afghanistan border. pic.twitter.com/1iMo4taaF7

Around 20 people also lost their lives in the fire, he added.

However, a western official monitoring the developments told news agency Reuters that 60 people had been wounded.

Two blasts also occurred, which were so powerful to be spotted by Nasa satellites in space.

The finance ministry said preliminary probe suggests that the fire started in a tanker before rapidly reaching others, causing "heavy financial losses".

Initial estimates were of "millions of dollars of losses", Younus Qazi Zada, the head of the Herat Chamber of Commerce said.