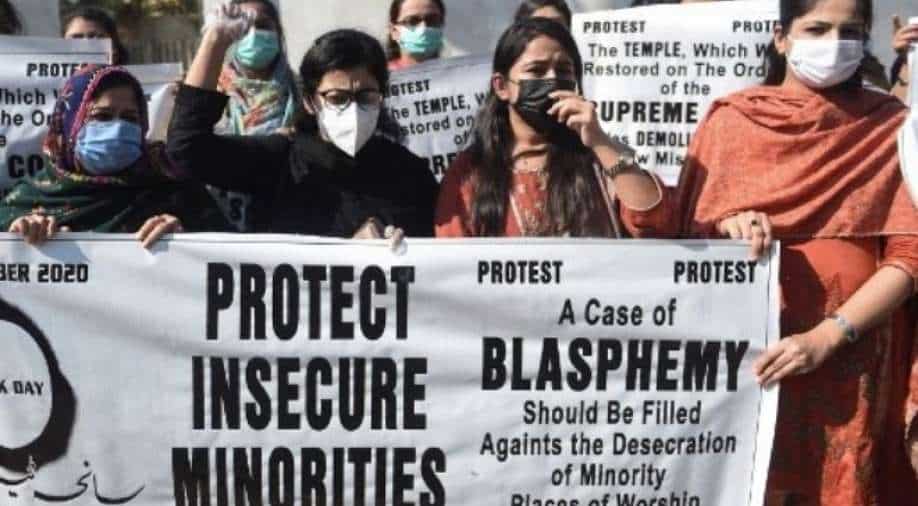 In a recent study on the blasphemy issue in Pakistan, a local think tank, the Centre for Research and Security Studies, disclosed that 89 people were extra-judicially killed over blasphemy allegations in the country between 1947 and 2021

There have been daily attacks against the properties of minorities and their religious sites in Pakistan due to blasphemy charges that are fake or erroneous.

In a recent study on the blasphemy issue in Pakistan, a local think tank, the Centre for Research and Security Studies, disclosed that 89 people were extra-judicially killed over blasphemy allegations in the country between 1947 and 2021.

The report also found that 1,287 citizens were accused of blasphemy between 2011 and 2021, which is when TLP was most active and expanded its support base across the country.

Pakistan has the second-strictest blasphemy laws in the world after Iran, according to the US Commission on International Religious Freedom Report (2016). But the most worrying fact is that, in most blasphemy cases, the perpetrator is either eulogised as the "saviour" of Islam, in case they receive a judicial sentence, or released under the pressure of religious extremists.

Mob justice is not a new phenomenon in Pakistan.

Some of the cases that gained prominence include that of a mentally challenged man being stoned to death by an angry mob on February 12 for allegedly desecrating the Holy Quran.

A mob vandalised and set ablaze a police station in Khyber Pakhtunkhwa's Charsadda district in November 2021 after the local authorities refused to hand over a man arrested for allegedly desecrating the Holy Quran.

The lynching of Priyantha Kumara, a Sri Lankan factory manager, in Punjab's Sialkot city in December is still fresh in the memory.

In Pakistan, extrajudicial vigilantism isn't the only reason for killings over blasphemy accusations. The reasons for their actions range from religious to political to personal and petty disputes, as well as international connections.

Extremists support the most severe implementation of draconian blasphemy laws in order to subjugate lower-class citizens, Ahmadiyyas and Shias, as well as Christians, Hindus, and Sikhs.

These laws are a legacy of the Islamic military dictator General Ziaul Haq, who used them to appease hard-line Islamist forces in Pakistan.

Under Imran Khan, however, the menace of blasphemy killings has reached a new height with the government giving space to Islamist groups such as Tehreek-e-Labbaik Pakistan (TLP), a Sunni Barelvi outfit.

As a result of the Taliban's victory in Afghanistan, hard-line Islamist forces in Pakistan have gained strength. All of these factors point to more blasphemy killings in the future.