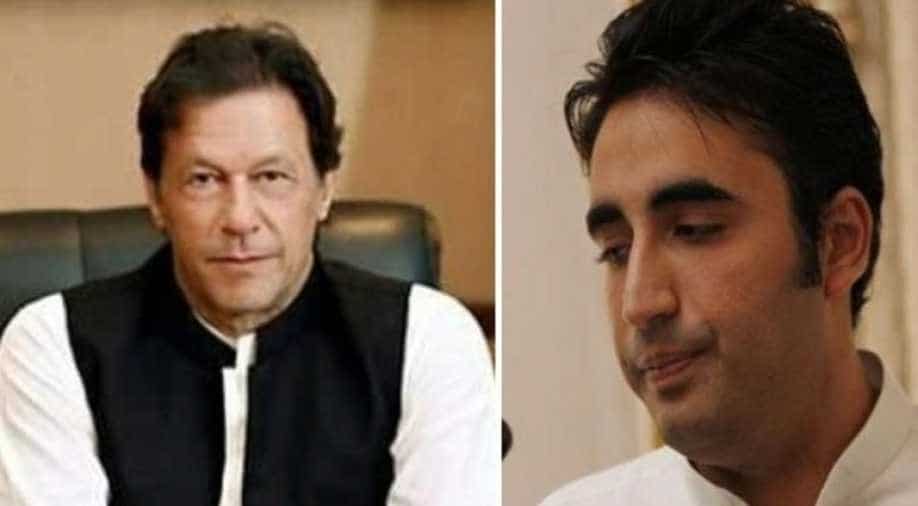 Pakistan's Opposition leader Bilawal Bhutto Zardari on Friday accused the government of targeting everyone from judges to parliamentarians through 'underhand tactics' after Parliament witnessed a raucous as two lawmakers were arrested for allegedly inciting an attack on a military check post.

Pakistan's Opposition leader Bilawal Bhutto Zardari on Friday accused the government of targeting everyone from judges to parliamentarians through "underhand tactics" after Parliament witnessed a raucous as two lawmakers were arrested for allegedly inciting an attack on a military check post.

Parliament witnessed unruly scenes lawmakers clashed with each other over the foul language used against Ali Wazir and Mohsin Dawar.

The trouble during the National Assembly session began after minister of state for parliamentary affairs, Ali Muhammad Khan, labelled Wazir and Dawar as "agents of Afghan intelligence" and said they should be expelled from Parliament.

Wazir and Dawar are accused of inciting local people to attack the Kharqamar military check post in North Waziristan district on Sunday which resulted in the killing of at least three civilians.

Bilawal, the chairman of the Pakistan Peoples Party (PPP), stood up to record protest against Khan's remarks. But several lawmakers of the ruling Pakistan Tehreeki-i-Insaf (PTI) went near his seat and raised slogans.

It brought rival members of the House face to face, creating a tense situation. The opposition also surrounded Deputy Speaker Qasim Suri who chaired the session and continued protest until the proceedings were adjourned.

The enraged Opposition later demanded a probe by Parliament into the Kharqamar incident. It also demanded that both Wazir and Dawar should be allowed to attend the session.

"All Opposition parties are standing together today. What we saw in the Assembly a little while ago was anything but a display of democracy; the deputy speaker violated House rules by not letting Opposition members speak on these sensitive issues," said Bilawal.

"A few days ago, you all saw innocent Pakistanis and parliamentarians being targeted on the streets of Islamabad. Our unarmed supporters were tortured and arrested," he said.

Pakistani police on Wednesday arrested dozens of activists from Bilawal's party to prevent them from reaching the main office of an anti-graft body that was questioning him about alleged corruption.

"It is not democracy as from judges to parliamentarians, this government is targeting everyone through underhand tactics and we will not let this continue,? Bilawal said, referring to media reports that that the government has ordered formal probe of misconduct against some judges of the Supreme Court and the Sindh High Court.