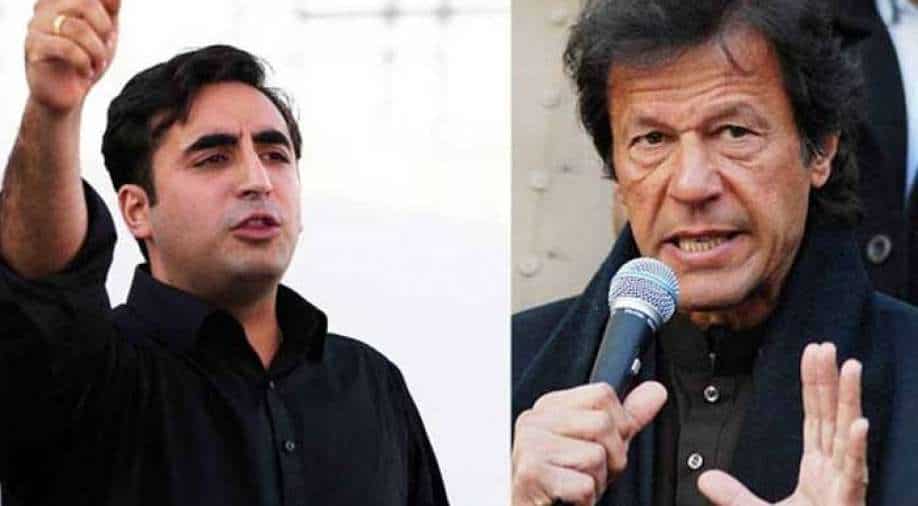 Pakistan Peoples Party (PPP) Bilawal Bhutto-Zardari on Saturday asserted that the only way to remove Prime Minister Imran Khan and his government was to table a no-confidence motion.

Speaking at a press conference, Bilawal vowed to convince the members of the opposition`s 11-party alliance--Pakistan Democratic Movement (PDM)--on the strategy, although he called on Imran Khan to voluntarily step down because of his "failure at all fronts," Dawn reported.

"We will try to bring the PDM and allied parties on one page on this option. We believe in democratic norms and this is why we always resist the role of the establishment in making or breaking governments," Bilawal added.

The PPP chairman further accused Khan`s Pakistan Tehreek-e-Insaf (PTI) government of pre-poll rigging ahead of Senate elections and asked political and democratic forces of the country to be vigilant.

"We see the government is already making efforts... And they would use their ATMs for this [Senate elections]. They are actually in a state of panic and in that state they are making absolutely illogical moves. For instance, they have moved the court on an issue [open vote for Senate elections] which absolutely has no sense. I hope the court would send it [the presidential reference] back to the parliament and issue orders that it was the prerogative of the parliamentarian to decide the matter," he said.

According to The Express Tribune, the government through Attorney General for Pakistan Khalid Jawed Khan has sought an interpretation of Article 226 of the Constitution through the presidential reference. The article states that all elections, other than those of the prime minister and chief ministers, shall be held through secret ballot.

The government believes that open ballots in the Senate elections can be introduced by amending the Election Act 2017, instead of amending the Constitution, The Express Tribune further reported.

However, the Election Commission of Pakistan (ECP) on Saturday opposed holding Senate elections through open ballot without amending the Constitution.

The opposition parties contend that a constitutional amendment is required to change the voting mode.

The ECP, through its counsel Sajeel Sheryar Swati, submitted a concise statement in the presidential reference case in the Supreme Court, which is being heard by a five-judge larger bench led by Chief Justice of Pakistan Gulzar Ahmed.

Pakistan`s federal government has decided to hold Senate elections in February instead of March 2021. The polls are expected to result in the loss of seats for PDM, which currently controls the Upper House.

The decision was taken on Tuesday during a meeting of the federal Cabinet chaired by Prime Minister Imran Khan, reported Dawn.