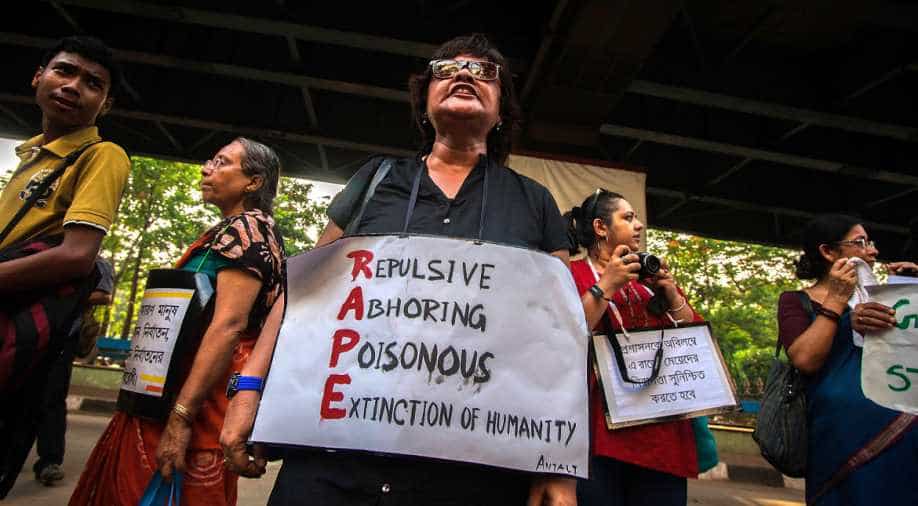 One of the challenges facing a sexual assault victim is to regain her ability to love her body as before. Learning to see the?body as a?whole and not disambiguated body parts is the first step towards recovery. Photograph:( Getty )

The Bengaluru mass molestation has evoked a litany of anguished complaints against our collective existence as civilised human beings. Data crunching is being done to show, rightly, that precious little has changed despite the amended rape law or the oft-repeated promises on women’s security. Half-a-billion citizens of this country have to try hard, on an everyday basis, to keep their bodily integrity intact.

But why is everybody silent about the body, the focal point of this discourse?

One of the challenges facing a sexual assault victim is to regain her ability to love her body as before. Almost everything around her stymies this effort. PTSD, somatic symptoms and depression are some of the commonly spoken about aftermaths of a sexual assault. The assaulted body not only bears the marks of the violation suffered, it also writhes in neglect and loathing. The victim fights a battle with not just the world outside but also within and the body is caught in this crossfire.

While studying child sexual abuse in the Jewish community, Rachel Lev, a US-based clinical psychologist, observed that insensitivity and ignorance displayed by institutions around the victim (healthcare, education, security, religion et al) severely hinder recovery and healing of the victims. Lev’s 2003 book ‘Shine the Light: Sexual Abuse and Healing in the Jewish Community’ emphasises the need for “compassionate, informed and proactive community” that helps in healing. An earlier research on rape victims (University of Illinois, 2001) establishes that while positive social reaction has a negligible impact on victim’s recovery, negative social reactions hinder it substantially. Ironically, it is the community’s collective failure that breeds sexual assault on an industrial scale.

How, then, can the victim emerge from the cesspool of shame, trauma and that unhealthy tendency of seeing the body as the cause of her woes? There are no prescribed answers or standard operating procedures. Yet, there can be some universal whistle points. To begin with, it is essential to recognise sexual assault to be what it is: a criminal act. Just like stealing, robbery, and murder. The victim needs to learn and internalise it. A sparkling SUV, straight out of the showroom, did not ASK to be stolen. It just was.

The body has an inbuilt self-healing mechanism. The victim needs to tap that. The ableist approach in combating violence against women, with its insistence on putting the onus of safety on the potential victim, has been rightly criticised by the gender equality activists and other stakeholders. However, a lot stands to be gained while leveraging the ability of a victim, post facto. It is also a step towards establishing a continuum of empathy. A victim, at ease with herself, is likely to extend support to those who need it. Mukhtar Mai of Pakistan, Sunitha Krishnan of Bengaluru, and Suzette Jordan of Kolkata were assaulted but not broken.

A victim has no agency in deciding what happens to her body. The victims of child sexual abuse do not even have the vocabulary to describe either their bodies or what is done to them. Yet, there is a shroud of shame with which the victim is expected to cover her bruised honour with. The body does not get impure or tainted by unwanted touch or penetration. Yes, it causes pain physical and mental. The ideas of impurity and honour are carefully placed constructs to silence the victims.

Silence suits the perpetrators and, unfortunately, even some secondary survivors. A victim’s loved ones are the co-sufferers of an assault, yet the worst ordeal is reserved for the victim herself. Do remember the ‘honourable’ killings (inclusive of abetment to suicide) of countless women by family members during the Partition because they were or could be sexually assaulted. Thus, the onus to reclaim the battered body needs to be on the victim. Negative social reactions to assault or even the body in the first place, however, disallows this process of rebuilding.

Learning to see the body as a whole and not disambiguated body parts, with a hierarchy of honour to define them, is the first step towards recovery. Learning to see a crime as crime is the essential second. When the individual heals, society heals. And vice versa.