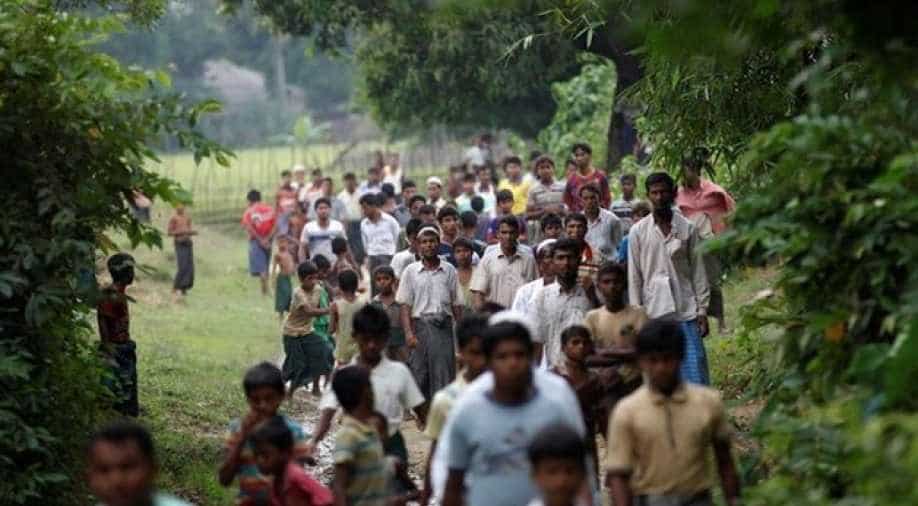 China&nbspon Sunday&nbspcondemned fighting on its border between Myanmar forces and ethnic rebels that has left 19 dead, mostly civilians, in some of the worst violence to rattle the restive frontier in recent years.

The fighting erupted&nbspon Saturday&nbspwhen ethnic-minority insurgent groups, who are locked in a long-running battle with the Myanmar state, attacked security posts around Muse, a border town and trade hub in northeastern Shan state.

A local resident told reporters she heard gunfire through the night until early&nbspSunday&nbspmorning, with fear gripping a town that lives at the mercy of both government militias and ethnic armies fighting for more autonomy.

"We heard shooting the whole night until this morning around&nbsp6:00 am.&nbspWe do not know what was going on and who was fighting," said Muse resident Aye Aye.

Saturday's&nbspcarnage, which also left at least 27 injured, was one of the bloodiest days in recent years in a long-running rebellion that is separate from the Rohingya crisis to the west.

On Sunday&nbspthe Chinese embassy in Yangon condemned the clashes and said it had urged "relevant parties" to reach an immediate ceasefire.

The violence "made people from the Myanmar side flee across the Chinese border, and stray bullets have entered into Chinese territory", the statement added.

Observers believe Beijing holds significant sway over the ethnic rebels near its border and is a key player in a faltering peace process steered by Myanmar's civilian leader Aung San Suu Kyi.

Suu Kyi placed the peace bid -- an effort to extinguish around two dozen complicated and long-running ethnic conflicts across the country -- at the top of her agenda after she was elected to office in landmark 2015 elections.

But the effort has been severely hampered by a surge in fighting between Myanmar security forces and an alliance of rebel groups in northeastern Shan and Kachin states.

Saturday's&nbspattacks were blamed on the Kachin Independence Army (KIA) and the Ta'ang National Liberation Army (TNLA), which claimed responsibility for operation and apologised for the civilian deaths.

Suu Kyi, the first civilian leader of the former junta-run country in decades, lacks control over security policy and the still-powerful military, which has retained key government posts in a delicate power-sharing arrangement