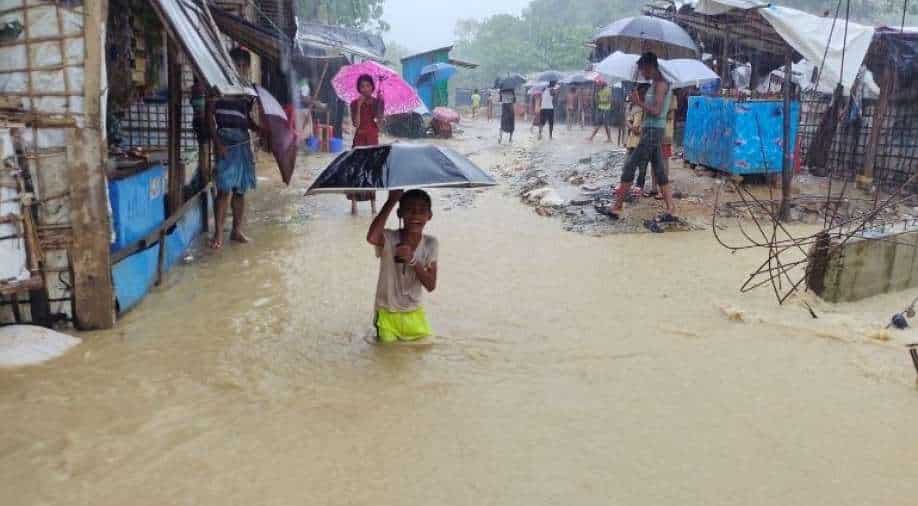 As a result of the monsoon floods and landslides, 300,000 people in villages across southeast Bangladesh have been cut off, and at least 20 people have been killed including six Rohingya refugees, said, officials.

Rohingya refugees living in camps have been battered by torrential rain since Monday.

Efforts are under way in the #Rohingya #refugee camps to rescue people affected by severe flooding due
to ongoing heavy rains.#UNICEF and partners are working to support affected families.#AChildIsAChild #ChildrenUprooted pic.twitter.com/6QbFLFgjPB

"The floods have stranded some 306,000 people in Cox's Bazar district. At least 70 villages have been submerged by floods," Mamunur Rashid, the district administrator, told AFP. He added, "At least 20 people have died in floods and landslides including six Rohingya refugees".

Also, about 36,000 people have been moved into schools and cyclone shelters, officials said.
Earlier this week Bangladesh evacuated 10,000 Rohingya from around refugee camps in Cox's Bazar because of the storms.

As per aid workers, coronavirus lockdown in the camps, following a major spike in cases, has affected rescue work as access is restricted.

About 740,000 Rohingya fled Myanmar's Rakhine state in 2017 after security forces launched a clampdown that the UN has said may amount to genocide.