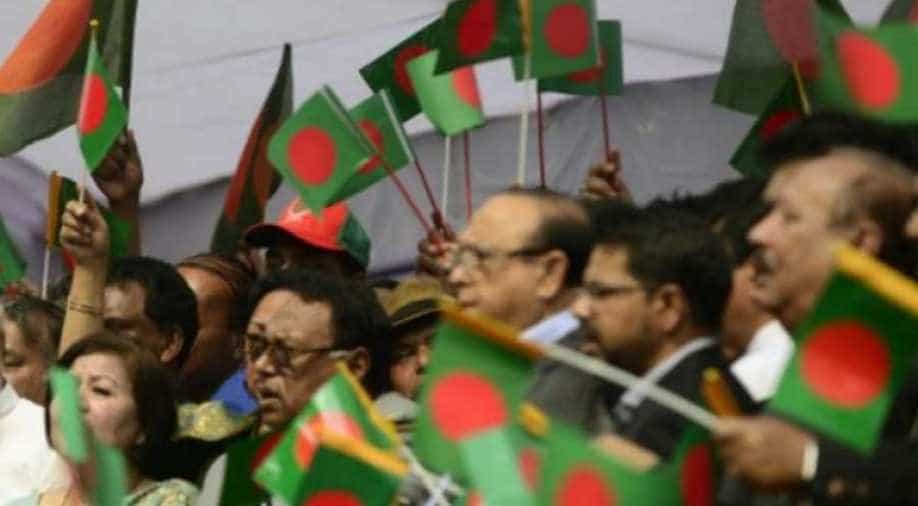 Sheikh Hasina won a third-straight term and her Awami League secured 96 per cent of the vote in an election her critics and international observers say was plagued by irregularities.

Bangladesh's opposition demanded fresh elections on Wednesday as parliament convened for the first time since Prime Minister Sheikh Hasina stormed to power in a disputed poll her rivals say was rigged.

Police said several hundred demonstrators gathered in the capital Dhaka to protest against Hasina and her crushing victory in late December, which reduced the beleaguered opposition to just eight seats.

Hasina won a third-straight term and her Awami League secured 96 per cent of the vote in an election her critics and international observers say was plagued by irregularities.

The Bangladesh Nationalist Party and its allies said they would boycott parliament and vowed huge demonstrations unless fresh polls were held within six months.

"We have demanded the resignation of the government and the dissolution of the parliament, which was not elected by the people," a senior party official, Moudud Ahmed, told AFP.

"It was a stolen election. It was heavily rigged."

The December 30 election was marred by violence, the mass arrest of opposition activists and claims of ballot stuffing and voter intimidation.

Corruption watchdog Transparency International found voting irregularities occurred in 47 out of 50 electorates surveyed in an investigation into the poll.

The European Union — the number-one destination for Bangladeshi exports — has called for an inquiry into the elections, saying "significant obstacles to a level playing field... tainted the electoral campaign and the vote."

The United States too expressed concern about "credible reports of harassment, intimidation, and violence" while the United Nations raised indications of "reprisals" against the opposition since the election.

The accusations have been denied by Hasina and the election commission, which oversaw the poll in the South Asian nation of 165 million.

Hasina, 71, has presided over record economic growth in Bangladesh but critics say her rule has been marked by creeping authoritarianism.

Hasina has been accused of orchestrating mass arrests and wielding draconian free speech laws to silence critics and cling to power. Her chief rival, Khaleda Zia, is behind bars on charges her supporters say are politically motivated.