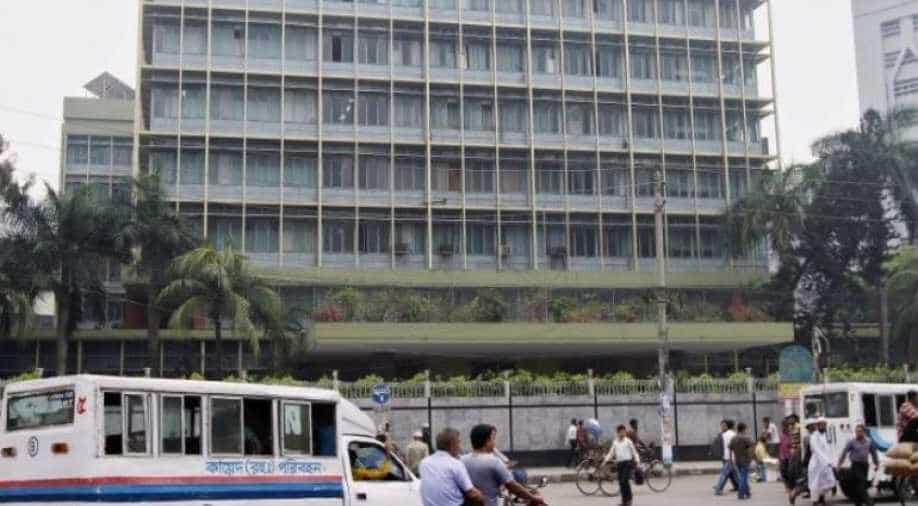 Commuters pass by the front of the Bangladesh central bank building in Dhaka March 8, 2016. Photograph:( Reuters )

Bangladesh would consider an out-of-court settlement with a bank in the Philippines over $81 million stolen from its accounts in New York by hackers who wired the money to Manila, Bangladesh central bank officials said on Thursday.

In one of the world's biggest cyber heists, the hackers stole the Bangladesh Bank money held at the New York Fed in February 2016 using fraudulent orders on the SWIFT payments system and sent it to Rizal Commercial Banking Corp.

From there, it disappeared into the casino industry in the Philippines. No one has been charged for the heist despite an international investigation and two years of finger-pointing among Bangladesh, Philippines, the Fed and SWIFT.

"There is an option before us to settle the issue out of court," a senior official at Bangladesh's central bank told Reuters.

The official, who declined to be identified, cited as a precedent an out-of-court settlement in February reached by Ecuador's Banco del Austro and Wells Fargo over a 2015 cyber heist.

Bangladesh is yet to take legal action but had planned a suit to recover $66 million. Around $15 million has been recovered from a Manila junket operator, a job that involves marketing casinos to VIPs.

"We will try for all possible options to recover our stolen money," the officials added. There was no immediate comment from Dominguez or Rizal bank in Manila.