Bangladesh liberation war: The story of India's victory, Pakistan's surrender and the birth of a new Nation 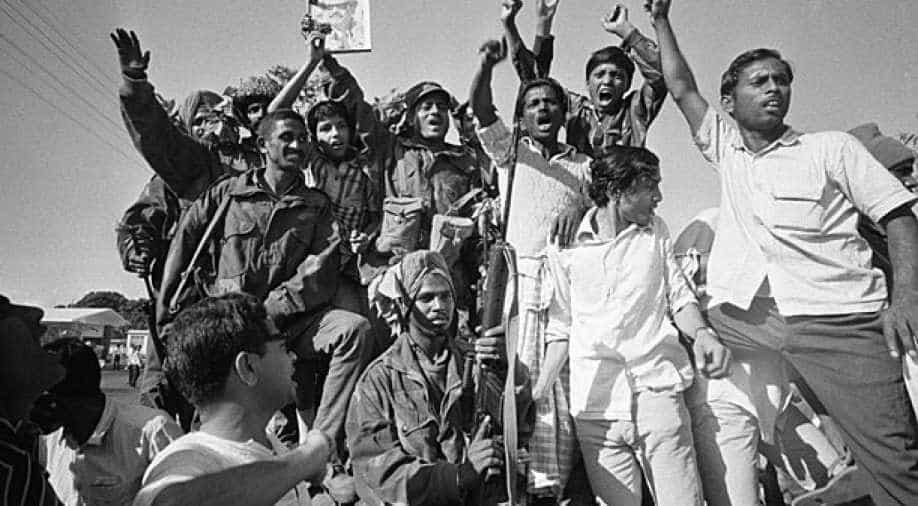 The 1971 India-Pakistan war was a military confrontation which led to the birth of a new country in South Asia, Bangladesh.

The 1971 India-Pakistan war was a military confrontation which led to the birth of a new country in South Asia, Bangladesh.

The guns fell silent more than 48 years ago — but the scars of Bangladesh's short, bloody struggle for independence still run deep.

On December 1971 — Indira Gandhi sent Indian troops to fight the Pakistan army in support for the Bangladesh war of independence.

The intervention brought a conclusion to the war in 13 short days and led to the birth of a new nation.

It is a war that will never be forgotten. The violence which eventually led to freedom.

It is what made east Pakistan gain independence and become Bangladesh.

This is how it all began. In the 1950s the centralised Pakistani state was run undemocratically by a military-bureaucratic oligarchy dominated by West Pakistan.

Under this system, Bengalis had no political say. But West Pakistan dominance was challenged in 1970 during general elections

But west Pakistan was not willing to let a leader from its eastern provincial wing rule the country.

After political negotiations failed, the Pakistani army under General Yahya Khan decided to the crackdown.

What followed was intense bloodshed as a way of repression.

West Pakistan kicked in operation searchlight across the whole of East Pakistan on March 26, 1971.

As many as 3 million were killed by Pakistani soldiers in a brutal campaign of rape, murder and pillage.

It was a genocide of immeasurable proportions.

As Pakistan's atrocities increased, the then Indian PM Indira Gandhi decided to step in.

India opened its borders. Some 10 million Bangladeshis refugees fled to safety in India.

When the Pakistan air force launched pre-emptive strikes on airfields in western India on December 3, 1971. India responded by formally declaring war on December 4.

Pakistan attacked at several places along India's western border with Pakistan, but the Indian army successfully held their positions.

The Indian army went on to capture around 15,010 kilometres of Pakistan territory.

On December 16, India registered a victory in its name. The Pakistani forces stationed in East Pakistan surrendered. And Mujibur became a leader of an independent Bangladesh.

Lasting just 13 days, the Indo-Pakistani war of 1971 is considered one of the shortest wars in history.

Regional powers support aid for Afghanistan, but ask US to pay as well