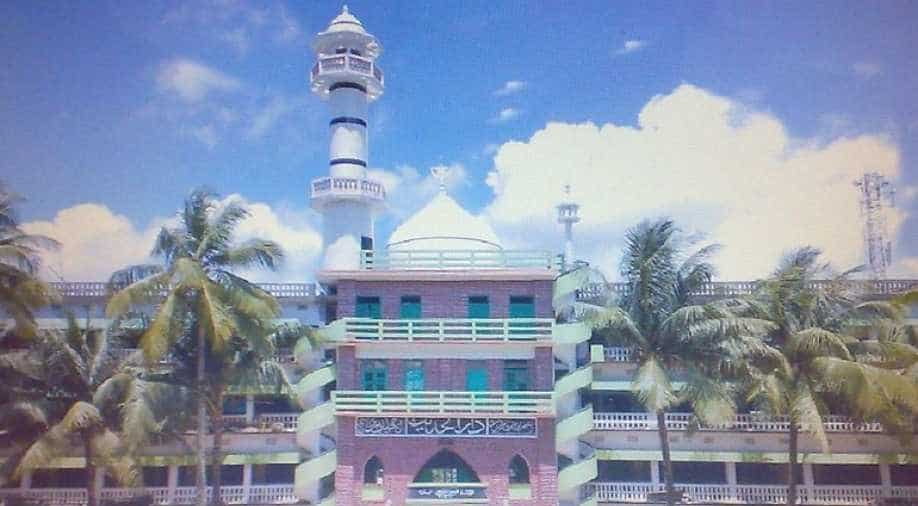 Bangladeshi Prime Minister Sheikh Hasina has recently declared that the "Dawra-e-Hadith" degree of the Qawmi Madrasas (Islamic seminary) of Bangladesh will be recognised as a master degree on Islamic Studies and Arabic.

An education ministry gazette followed, detailing the procedures. Her declaration has stirred considerable controversy in Bangladesh. The government and its supporters maintain that it’s important to mainstream the Qawmi education. Critics argue that this formal recognition is far from ideal. This step was recommended to the prime minister by the ministry of education following a meeting with Qawmi Madrasa Education Board members and the leaders of the orthodox outfit Hefazat-i-Islami, suspectedly after getting a political nod for it.

As per the understanding, the Qawmi Madrasa education board, which itself is still unrecognised by the government, has constituted an examination board to conduct exams of "Dawra-e-Hadith" degree which is to be recognised as a post-graduate one. The chairman of the examination board is Shah Ahmed Shafi, the main leader of Hefazat-i-Islami. The government will have no supervisory power over the exams and related procedures. The examination board’s decision will be final. This has been acceded to fulfill the demands made by Hefazat-i-Islami leaders and the board members. This examination board will not even allow any representative from the government either - such a high price to be paid just to bring into fold, if it is at all, a segment until recently considered an unimportant fringe one.

There are about 14,000 Qawmi Madrasas in Bangladesh which have about 1.4 million students at any given point of time

However, there are about 14,000 Qawmi Madrasas in Bangladesh which have about 1.4 million students at any given point of time. These figures are quite big actually, despite their erstwhile fringe status. Often there are criticisms about the curricula and pedagogical methods applied in these madrasas. Also, under criticism is the religious orthodoxy they preach, which is suspected as one of the key reasons for pushing many poor youths into Islamic radicalisation. These Qawmi madrasas, by and large, follow the teachings of their traditional ideological hub – Darul Ulum of Deoband, India.

There is another type of madrasa though. Aliyah Madrasas have been recognised by the government since the British period. They are historically of Calcutta Aliyah Madrasa tradition, and follow curricula very close to modern education. The curricula includes Bangla, English, science, mathematics, social science, religious education, et cetera. In addition, there is normally one or two additional Arabic or Islamic subjects. There is a Govevernment Madrasa Education Board in Bangladesh and it regulates the Aliyah Madrassas.

On the other hand, the main focus for the Qawmi Madrasa education is faith-based religious subjects like the Quran, Hadith, Islamic jurisprudence, Islamic theology, Islamic philosophy, Islamic social customs, Islamic economy, et cetera. Also, some subjects historically specific to sub-continental Muslims, like Arabic, Farsi and Urdu. There is hardly any relevance of Farsi and Urdu in present day Bangladesh, which is out-rightly dominated by Bangla and English. Also, all the Islamic subjects have no connection to modern living or modern, public or occupational life. Of late, being under continuous criticism from the enlightened quarters, the Qawmi Madrasas have included a little bit of Bangla, English, science, and mathematics, but their proportion in the wider curriculums is still marginal. These are more like subsidiary subjects in their syllabus rather than main subjects, and that too leaving aside important other subjects like history and social science.

The most worrying aspects of the Qawmi education are their rejection of modernity as a whole, including modern education, and their employment of vigorous indoctrination techniques rather than methodical pedagogy

The most worrying aspects of the Qawmi education are their rejection of modernity as a whole, including modern education, and their employment of vigorous indoctrination techniques rather than methodical pedagogy. This has led to many of the students becoming terrorists. A number of the homegrown terrorists and killers of rationalist bloggers had Qawmi Madrasa backgrounds. Furthermore, the mobilisation capacity of the socio-political outfits related to Qawmi education has become worrying. They were able to mobilise several hundred thousand, mostly young Qawmi Madrasa students, from across Bangladesh in the centre of Dhaka in 2013 as a reaction to blogs by secular bloggers criticising orthodox Islam.

There is nothing called universal freedom of expression to the Ulemas, and students of Qawmi Madrasas and if they get a chance, they meddle with other people’s affairs, public policy and state affairs. Their worldview is the highly conservative early Islamic one, which interprets the Quran literally. They reject modern liberal ideas, inventions, artistic creativity and believe only in the supremacy of Islam, which they take it upon themselves to spread. They have very little regard for objective knowledge, other faiths or opinions, and cultures, and they consider all non-Muslims to be infidels.

If mainstreaming the Qawmis is the aim, then the question is: What sort of mainstreaming is this? This programme under question is more like religious teachings rather than any standard modern Islamic studies. By approving this as a degree, isn’t the government also tacitly approving its contents and the way they teach? Some people close to the government argue that, it’s just one degree; the other Qawmi degrees aren’t recognised implicitly, assuring the liberals that it will have minimal effect on Bangladesh’s education system. But, when the junior certifications haven’t been recognised yet, how can the senior degree of a student of the same stream be valid in isolation? Or it’s just the opening of Pandora’s box, and more demands for recognition and fulfillment of the same to be followed? Once a principle has been set by recognising one, what grounds is the authority left with to deny the others?

Many suspect that the government is rather appeasing the Islamists who are willing to side partially swith the government and play the role of a semi-domesticated, de facto opposition

The students coming out of this Qawmi system will hardly be equivalent to mainstream students, and very unlikely to be able to compete with the former for regular jobs. Essentially, this officially accepts and validates an education system that is archaic, regressive. It may encourage orthodox Islamists to set up more such seminaries, to further spread this form of education.

Many suspect that the government is rather appeasing the Islamists who are willing to side partially swith the government and play the role of a semi-domesticated, de facto opposition, especially at a time when the government has sidelined the erstwhile main opposition BNP and their Islamist ally who are also controversial in many ways. Hence, the whole matter, given its timing, seems more like a political act rather than an educational reform move.

But the fact is it strengthens the hands of another more regressive category of Islamists. Will the, officially secular, Awami League government be able to control the potentially adverse fallouts of this playing with fire - even after watching the Pakistan example? Bangladeshi polity appears to be passing a complex transitional phase.

What’s on the other side of the tunnel is anybody’s guess.