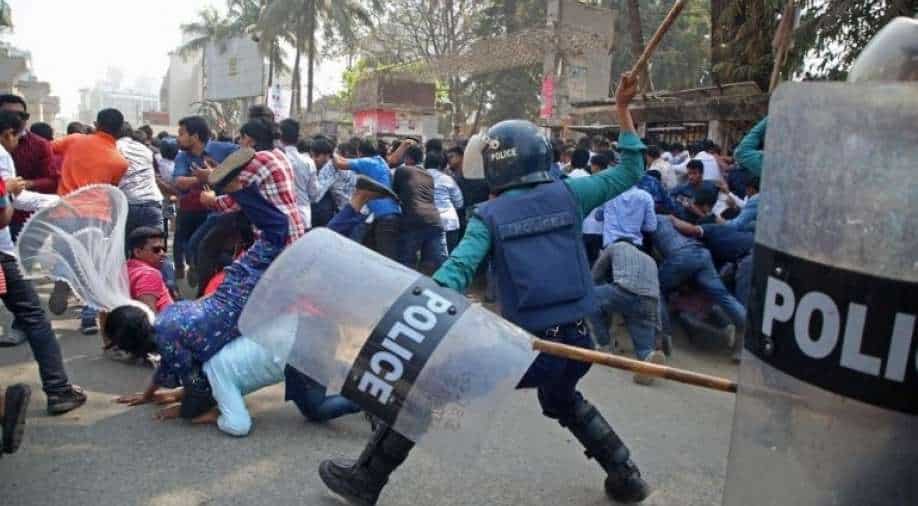 Dozens received injuries on Sunday as Bangladeshi police fired rubber bullets and tear gas at protesters who rallied over the death of a writer in jail.

At a road and a footpath opposite the National Press Club, police dispersed protesters by beating them with batons, television footage live from Channel 24 showed.

"They did not take any permission (for the protests)," he said, defending the police's action.

BNP spokesman Rizvi Ahmed said nearly 30 student leaders of the party including a senior leader were wounded in the clashes.

Many cops were also injured, and a policeman was also admitted to the hospital.

The spokeman said over 500 protesters were present at the press club to form a human chain denouncing the death of writer Mushtaq Ahmed.

The 53-year-old writer was arrested in Dhaka in May last year over comments on social media that slammed the Prime Minister Sheikh Hasina government's response to the coronavirus pandemic.

He was denied bail at least six times and lost his life on Thursday.

For the last few days, protesters have marched at the Dhaka University denouncing the treatment of Mushtaq Ahmed and other journalists, activists and writers.