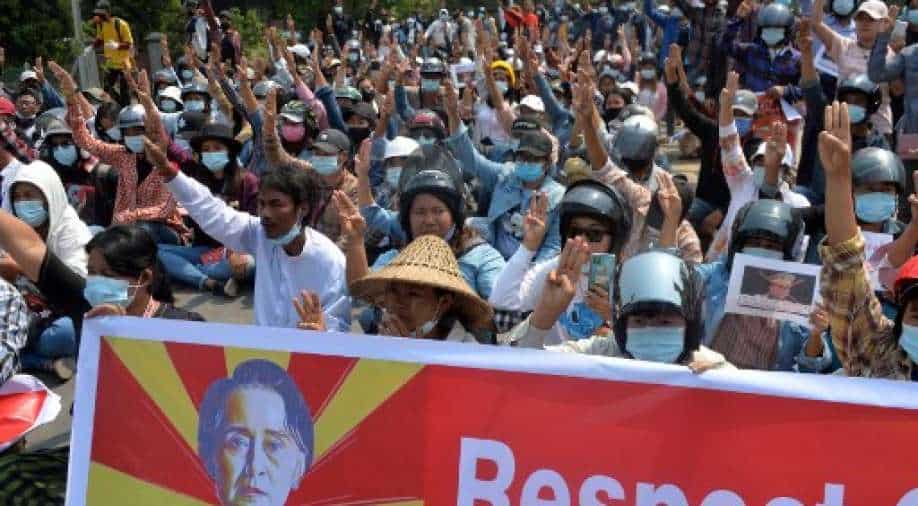 The anti-coup protests continued across the country on Wednesday with hundreds of people from two villages calling for the military to step down.

Myanmar's military slapped more charges against Aung San Suu Kyi as the state-controlled television reported that a prominent businessman had claimed to give the ousted leader about $550,000 in illegal payments in 2019 and 2020 when she was still the state counsellor.

The military junta which seized power in a coup on February 1 had announced last week that it was investigating Suu Kyi who is currently being held in detention on suspicion of bribery.

Meanwhile, the anti-coup protests continued across the country on Wednesday with hundreds of people from two villages calling for the military to step down. The anti-military protests which had begun in cities has spread to rural areas.

Demonstrators from Nyin-maw and Ti-zit villages protested on motorbikes and marched across roads carrying banners against the military. At least 180 protesters have been killed across the country since February.

The military has also clamped down on the Internet in large parts of the country and also placed the country under a nightly internet shutdown for eight hours.

However, protests have continued in the country in Hpakant and central Sagaing regions including in the country's second-largest city Mandalay where demonstrators were seen carrying the red flags of Suu Kyi's National League for Democracy (NLD) party.