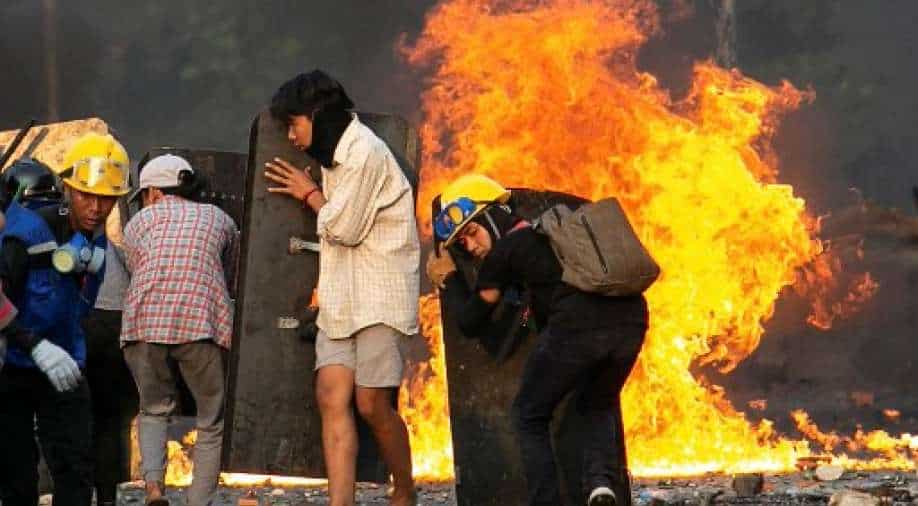 The United Nations said that a total of 149 people had died in the crackdown on protests since February 1 as thousands of people have fled Myanmar due to the escalating violence as the military has imposed martial law in the country's commercial capital Yangon.

The violence began on February 1 when the army deposed Aung San Suu Kyi's democratically elected government sparking political unrest. The anti-coup protests have entered the seventh week as security forces resorted to the use of tear gas, rubber bullets, water cannons and even live ammunition to quash dissent.

Last Sunday was the deadliest day in Myanmar as local reports said that over 74 people were killed with Yangon's Hlaing Tharyar township being one of the worst affected with over 40 people killed by security forces in protests in the region on Sunday and several factories set ablaze.

It issued a statement saying "China won't allow its interests to be exposed to further aggression, if the authorities cannot deliver and the chaos continues to spread, China might be forced into taking more drastic action to protect its interests."

The crackdown has been widely criticised the world over with US Secretary of State Blinken accusing the Myanmar military of "attempting to overturn the results of a democratic election", asserting that it was "brutally repressing peaceful protesters".

Amid the violence, the UN's World Food Programme warned on Tuesday that political unrest in the country has been driving up food and fuel prices.

"Coming on top of the COVID-19 pandemic, if these price trends continue they will severely undermine the ability of the poorest and most vulnerable to put enough food on the family table,"  Anderson added.