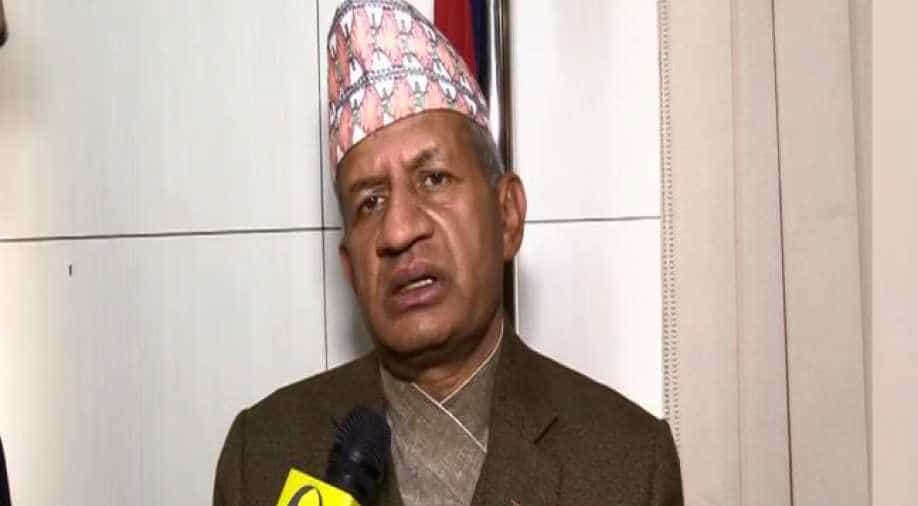 Nepalese Foreign Minister Pradeep Kumar Gyawali said that the SAARC grouping can't be replaced by BIMSTEC and that both are complementary to each other.

Nepal is all set to host a major summit Sagarmatha Sambad. What is interesting is that Kathmandu has invited all SAARC leaders including PM Modi for the event.

Speaking to our diplomatic correspondent Sidhant Sibal in Kathmandu, Nepalese Foreign Minister Pradeep Kumar Gyawali said that the SAARC grouping can't be replaced by BIMSTEC and that both are complementary to each other. Here's the full interview.

WION: How do you see the relationship?

Pradeep Gyawali: Nepal and India enjoy excellent bilateral relationship which is characterized by an open border, an enhanced level of people-to-people contact, sharing of a common culture, religion and shared values and also trying best to take the relationship to near heights so that it can incorporate the new aspect of the development and economic partnership so that people of both countries can be benefited.

#WIONDirect from Kathmandu | Sagarmatha Sambad should focus on ecological link between mountains & oceans, we have invited many leaders, academics... SAARC has own history & perspective, it can't be replaced: Pradeep Gyawali, Foreign Minister, Nepal to @sidhant@akankshaswarups pic.twitter.com/UvI13JFSik

WION: You plan to host the Sagarmatha Sambad, can you give us the details of the project?

Pradeep Gyawali: We are hosting the Sagarmatha Sambad in coming April, it means the Everest Dialogue. It will be a permanent dialogue forum aiming to bring together scientists, academia, civil society to discuss and explore the ways and ideas of the common concern we are facing now. The theme will be climate change, mountains and future of humanity wherein we will discuss the adverse impact of climate change. We will discuss the ecological link between the mountains and the oceans and we will explore the new ways on how we can address this very alarming challenge because it posing a serious threat to the mountainous country and to the small island states as well.

WION: Who all will u be inviting for the summit?

Pradeep Gyawali: We have invited all the SAARC member nations, the nations of the Hindu Kush Himalayan region including Myanmar. We have invited small Island nations, some European friends, some Latin American friends, some friends from Africa as well, keeping in mind that the summit will be focused on the ecological link between mountains and oceans, we have invited many heads of the states, academia, scientist, researchers and people from the private sector.

WION: Kalapana border issue, have you engaged with the Indian side on this?

Pradeep Gyawali: We are in close contact and we hope the foreign secretaries to settle the unresolved issue. We are optimistic that via the diplomatic discussions, based on historical evidence, maps and treaties, we can solve and we should solve it. We would not like to carry on the baggage of history and focus on the future.

WION: Do you think SAARC can be replaced by BIMSTEC?

Pradeep Gyawali: No I don't think so, because SAARC has its own history, own strength and its own perspective and it cannot be and should not be replaced by some other mechanism. Both BIMSTEC and SAARC move together and we should not look at it as something exclusive. They can be complementary and though we all know that there are some problems and misunderstandings we are optimistic that the member nations can avail new ways to mitigate the differences and revive the regional cooperation. Without strong regional cooperation, we cannot address the common problems we are facing.

Pradeep Gyawali: Terrorism is a common challenge to global humanity and it is not a threat to just a particular country. One should have an unconditional stance on terrorism. All forms and the manifestation of terrorism should be condemned. It should be resisted, it should be protested and there should be no ifs and buts. It is equally important to explore the new areas of cooperation because such cooperation adds value to our struggle against terrorism.