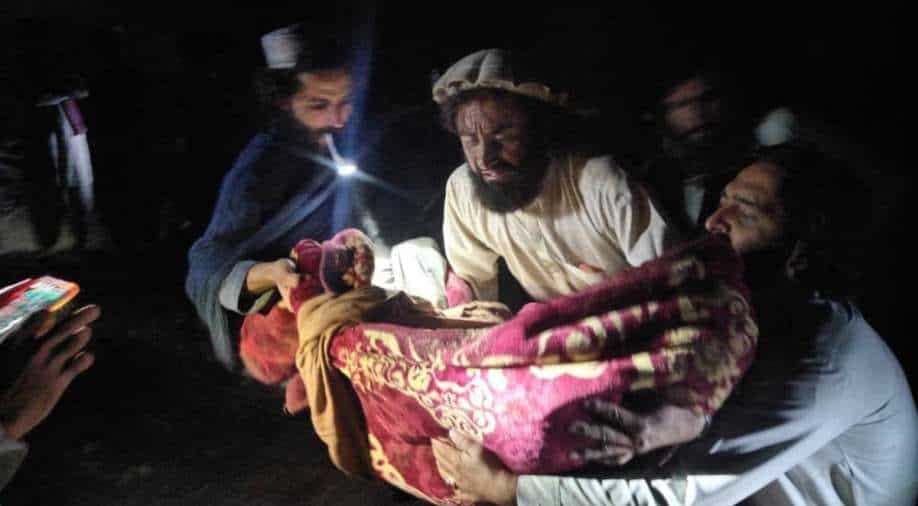 In this photo released by a state-run news agency Bakhtar, Afghans evacuate wounded in an earthquake in the province of Paktika, eastern Afghanistan, Wednesday, June 22, 2022. Photograph:( AP )

Tremor was felt by around 119 million people in Pakistan, Afghanistan, and India across a 500-kilometer radius, according to the European Mediterranean Seismological Centre (EMSC).

At least 1000 people were killed and over 600 injured after an earthquake hit eastern Afghanistan on Wednesday, an official said.The victims died when the roofs of their houses collapsed in the Guyana district in the eastern province of Paktika. The earthquake was magnitude 6.1, according to the US Geological Survey.

Local authorities said that the earthquake demolished numerous homes, and they are working to recover the dead from the rubble.

Social media users posted images of the Paktika province's destroyed homes, rubble, and people on stretchers. Rescuers were reportedly approaching by helicopter, according to the state-run Bakhtar news agency.

Many homes, precious lives have been lost in Paktika province due to last night’s earthquake. Foreign aid organizations should direct their aid towards Paktika. pic.twitter.com/2Kfbz9k5cU

“A severe earthquake shook four districts of Paktika province, killing and injuring hundreds of our countrymen and destroying dozens of houses,” Bilal Karimi, a deputy spokesman for the Taliban government, wrote on Twitter. “We urge all aid agencies to send teams to the area immediately to prevent further catastrophe.” 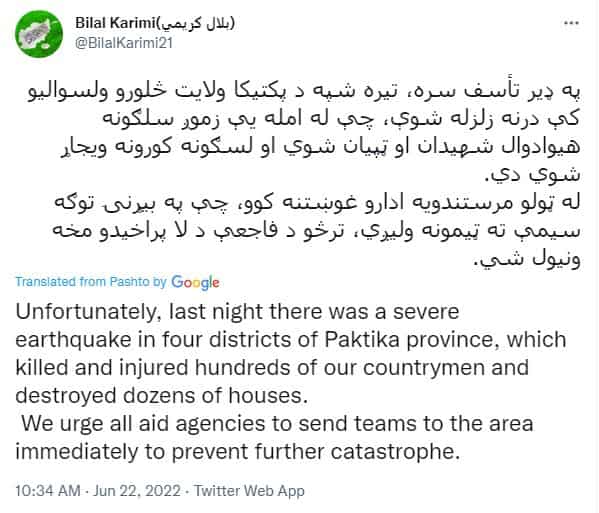 The earthquake was recorded as having a magnitude of 6.1 in neighbouring Pakistan. Islamabad, the capital of Pakistan, and other areas of the eastern Punjab province experienced tremors.

According to the European Seismological Center (EMSC), 119 million people in India, Pakistan, and Afghanistan felt the earthquake's shocks over a distance of 500 kilometres (310 miles).