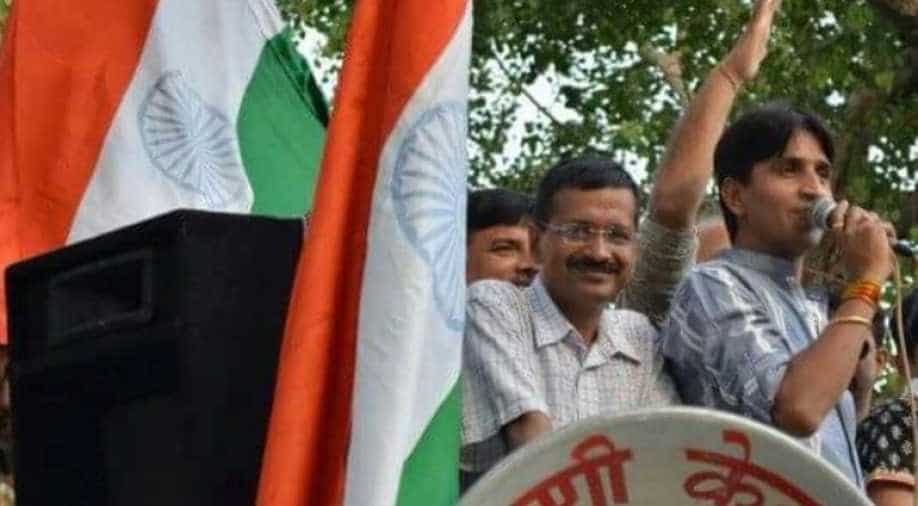 After a late night meeting with Kumar Vishwas, Kejriwal said he was sure the party would be able to convince the disgruntled leader||Vishwas alleged that his image was being tarnished by a 'coterie' ||Manish Sisodia retaliated by saying everyone knew Vishwas's comments would help a particular party

With the Aam Aadmi Party (AAP) facing a rift, Delhi Chief Minister Arvind Kejriwal and Deputy Chief Minister Manish Sisodia are making efforts to convince co-founder member Kumar Vishwas, who had hinted at breaking up from the party here.

"Kumar Vishwas is an integral part of our movement. He has some grudges and I am sure we will convince him," Kejriwal said after a late night meeting on Tuesday.

Earlier on Tuesday, Vishwas accused the AAP leaders of conspiring against him.

"The things Amanatullah has said about me, if he had said the same for Arvind Kejriwal or Manish Sisodia, he would have been thrown out of the party in 10 minutes. But he had said such thing so many times, yet he wasn't ousted," Vishwas told the media here.

"Amanatullah is just a mask; someone else is speaking behind his mask. I would appeal to them to not go against me as I had once put up posters for AAP and defended them," he added.

He said that he will not compromise with his principles and soon take a call on his future action.

"Will not keep silent on the mistakes of the AAP party," said Vishwas, adding, "I'm not interested in becoming the Chief Minister ever".

He clarified that he will not join any political party.

Earlier, AAP leader Amanatullah Khan had asserted that Vishwas was 'planted by the Bharatiya Janata Party (BJP) and the Rashtriya Swayamsevak Sangh (RSS)'.