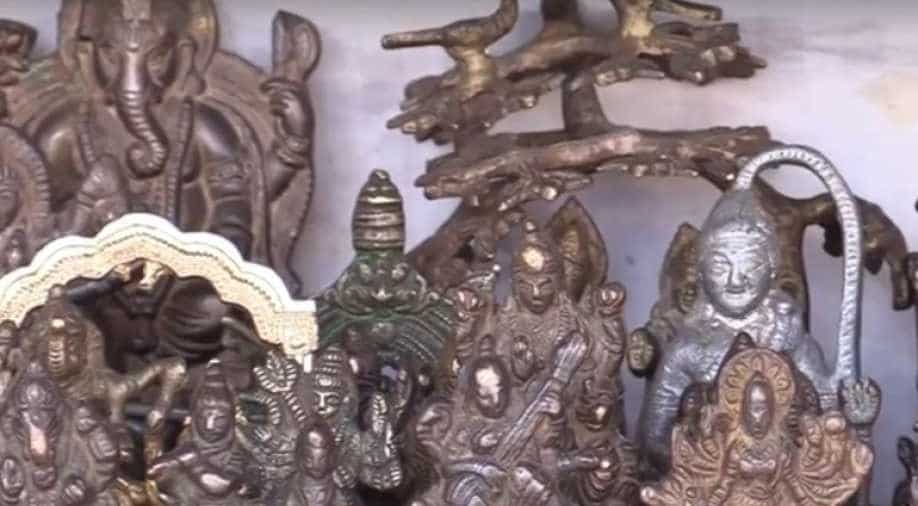 At 14 objects, 2016 was the year when India got back a maximum number of Indian antiquities Photograph:( WION )

NEEDS CHANGES. PLS DONT PUT UP TILL I CLEAR.

India has been struggling to safeguard its rich heritage. It loses thousands of antiques each year to art thieves. The illicit business of smuggling of Indian antiques seems to survive till date, despite having a strict law to protect ancient artefacts of the country.

Although the intention of Antiquities and Art Treasure Act, 1972 was to safeguard India's heritage, it has proven ineffective and counterproductive.

Indian art and cultural historian and museologist, Jyotindra Jain said though the act was meant to safeguard India's ancient heritage, the registration process it put in place has proven to be counterproductive.

"Registration was a very complicated process. And after the period of grace that was given was over many people were not registered. It was then considered crime. So people began to burn things. They began to hide them. People began to smuggle those things," he said.

Under the Act, only about 5 lakh antiques are registered, while millions of others remain unnoticed. That has meant an industrial-scale loot of India’s ancient heritage.

For instance, according to the ministry of culture’s records, 101 antiques were stolen between 2000 and 2016 from 3,650 protected historical monuments around the country.

Data from the National Crime Records, however, is far more alarming. It records over 4,000 cases of 'cultural property' stolen between 2010 and 2014. An overwhelming number of these are yet to be resolved.

With the urge to liberalise this act, since 1985, the Archaeological Survey of India has sought to make several amendments to the Antiquities and Art Treasure Act to make it more effective. Joint director general of the ASI, RS Fonia, said the process of amending the Act is still ongoing.

"It is in final stage. Necessary clauses, provisions will be made to make it very effective and implementable," he said.

According to the Comptroller and Auditor General (CAG) of India, ASI does not maintain a database of the number of antiquities in its possession and did not try to bring back any stolen artefacts between 2000 and 2013. Fonia said ASI is taking this into the account on the process of amending the act.

"We are making that registration process very simple. Once the database is in uniform template, it will be very easy to trace lost antiques. It will help the law enforcing agencies in bringing back stolen antiquities," he said.

While the ASI has largely failed to recover India’s stolen treasures, the efforts of some determined citizens like Anurag Saxena, the founder of India Pride Project, and others, have offered some hope over the past two years.

The group investigates and identifies India’s stolen antiques and make efforts to bring those back to the country. India has recently got back more than 200 antiquities, mostly linked to the network of New York-based smuggler Subhash Kapoor, who was arrested in 2011.

To preserve Indian antiquity experts believe that with a strict law to crack down on export, India also needs to open up a hassle-free domestic market within the country, which ASI says will be guaranteed with the new amendments to the Antiquities and Art Treasure Act.

Apart from legal changes, public awareness about the importance of ancient artefacts is crucial to preserve India’s heritage. Dr.Jyotindra Jain says to prevent further smuggling, and bring back what was already stolen, it is also important to create a society that cares about these priceless antiques.

"This is theft. Police can limit it to some extent. But I think that along with police action, we should also develop programmes for generating awareness and pride about our heritage,” he said.

But this is much more than just culture. Trade in stolen antiquities is worth several billion dollars annually, and often this money becomes a source of criminal and terrorist funding. Authorities say looted artefacts are one of the major sources of funding terrorism. As terrorism in South Asia is on the rise, it gives all the more reasons for India to fight against smuggling of Indian artefacts.

For years, experts have been calling for efforts to protect India’s ancient artifacts from art thieves. The archaeological survey of India is now said to be mulling legal changes to simplify the registration process for artifacts (WION)