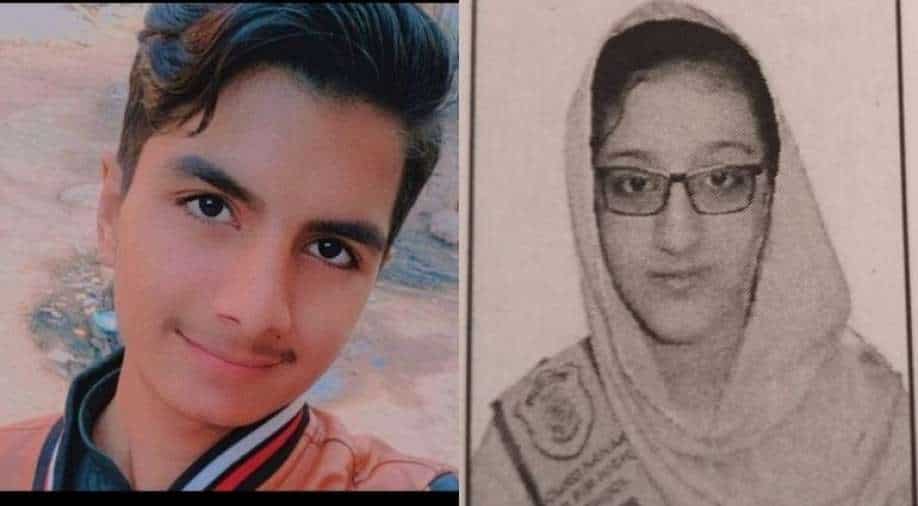 Sources in Nankana Sahib informed WION that teenage Sikh girl Rajmeet Kaur was in relation with Zunaid, a teenage boy who lived in her neighborhood

Once again there is a furor among the minority Sikh community of Nankana Sahib in Pakistan, the birthplace of founder of Sikhism Guru Nanak Dev, Pakistan after a young Sikh girl embraced Islam and married a Muslim boy.

Fearing community's anger spilling on roads — as had happened in 2019 in the case of another Sikh girl Jagjit Kaur alias Ayesha Bibi — the administration of Pakistan Punjab’s districts of Faisalabad and Nankana Sahib took the matter into their own hands to strike a truce between the two communities.

Sources in Nankana Sahib informed WION that teenage Sikh girl Rajmeet Kaur was in relation with Zunaid, a teenage boy who lived in her neighborhood. "On December 7, both of them eloped to a nearby city Jaranwala in Faisalabad district where Rajmeet embraced Islam in a mosque and was rechristened Zannat Bibi and then she married Zunaid," sources claim.

It has also been reported that fearing her parents may forcibly take her away, Zannat Bibi moved an application in court seeking security.

Apprehending the precarious future of young Rajmeet Kaur alias Zannat, her father Ranjit Singh sought the help of community members who took up the issue with the parents of Zunaid and local Muslim elders, but to no avail.

Anticipating the issue taking a religious colour and outpouring of religious emotions, the administration of both Nankana Sahib and Faisalabad intervened and took the couple in their 'protection'. Sources report that they also called their parents to strike a truce between them.

"Girl is adamant on going with her husband but her parents are not ready, so the administration has decided to send her to Darul Uloom in Lahore which is again objected by both, the girl and her parents. So, she may not meet the fate of Jagjit Kaur who had to spend a considerable time in Darul U Amaan before being sent with her husband," said sources. Notably, Jagjit Kaur alias Ayesha Bibi's case had grabbed headlines when she embraced Islam and married a Muslim boy, Mohammad Hassan, leading to acrimony between two communities to an extent that the local Muslim mob even attacked Gurdwara Nankana Sahib and also threatened to change the name of Nankana Sahib to Ghulam-e-Mustafa.

While downplaying the incident, Pakistan's Khalistani ideologist Sikh leader Gopal Singh Chawla claimed that they would find an amicable solution within the community.