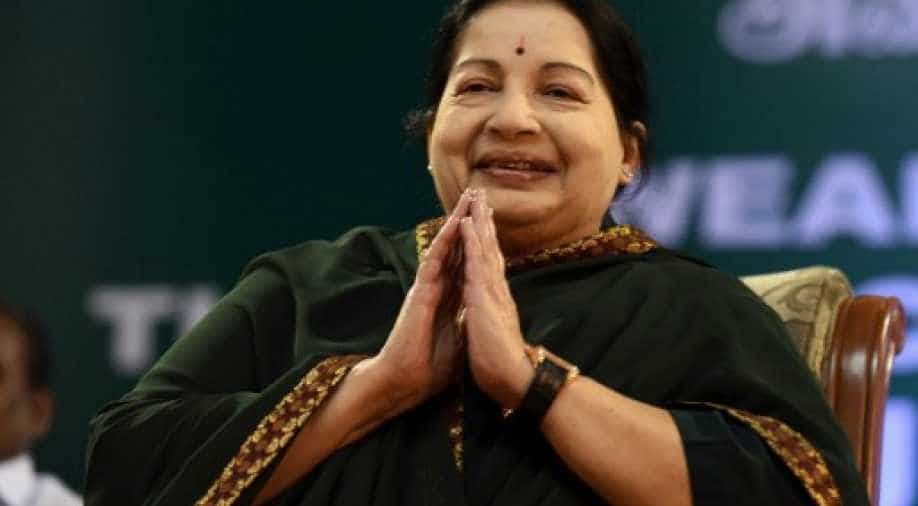 The post of AIADMK secretary general has been vacant since the demise of the then Tamil Nadu chief minister Jayalalithaa. Photograph:( AFP )

An expelled leader of an Indian regional party was assaulted by a crowd on Wednesday afternoon.

Sasikala Pushpa, an expelled member of All India Anna Dravida Munnetra Kazhagam (AIADMK) -- which is the ruling party of India's southern state of Tamil Nadu -- and her husband Lingeswara Thalagan sustained injuries when they tried to enter the party headquarters in Tamil Nadu's capital city Chennai.

Her lawyers were not spared either.

Sasikala and her husband had gone to the AIADMK office to submit nomination papers for the post of party general secretary.

Sasikala was expelled from the party for her outbursts in the Indian Parliament on August 1.

The general secretary post has been lying vacant since the demise of the then state chief minister Jayalalithaa on December 5.

Jayalalithaa's close aide Sasikala Natarajan is the favourite to take over the reins of the regional party.

Sasikala Pushpa's decision to contest for the post had riled vast swathes of AIADMK's cadre as the majority of them want Sasikala Natarajan to become the next party chief.

On Wednesday, hundreds of party members had massed outside the party office to prevent Saikala Pushpa from entering the premises.

She(Sasikala Pushpa) is no more in AIADMK, what right does she have to come to the party office?:CR Saraswathy,AIADMK to ANI