After Aligarh men are thrashed for skinning buffalo, BJP says don't give it 'communal colour' 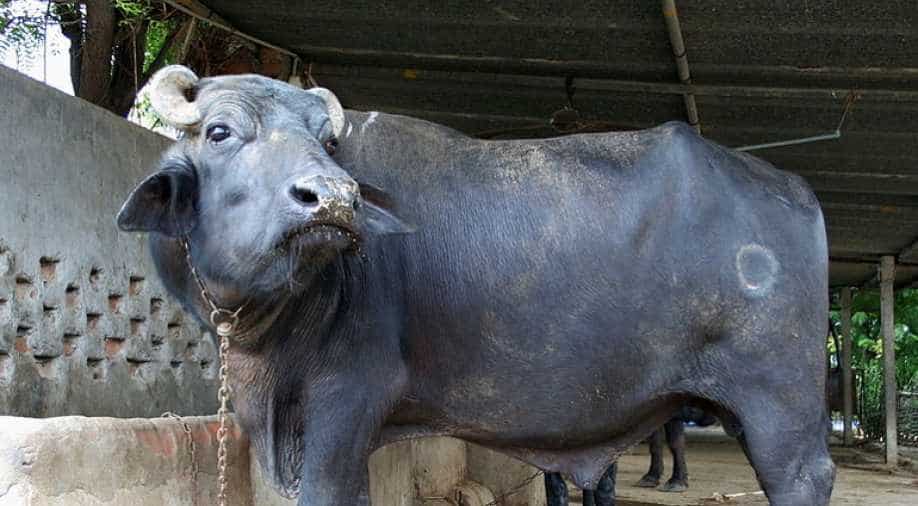 A video had emerged yesterday of a mob thrashing six men, as police led them away, in Aligarh for skinning a buffalo||'It is a law and order situation. Let us not paint any communal colour to such incidences,' BJP leader S Prakash said

Amid the hue and cry over a mob thrashing of six men in Uttar Pradesh`s Aligarh district for skinning a buffalo, the Bharatiya Janata Party (BJP) said such incidents should not be given a "communal colour" and added that the concerned authorities would take strong note of the situation.

"It is a law and order situation. Let us not paint any communal colour to such incidences. But the silence of the police is not acceptable and I am sure that concerned authorities will take strong note of it and ensure that such incidences are not repeated again," BJP leader S Prakash told ANI.

Yesterday, a video emerged that showed agitated people thrashing the men for skinning a buffalo.

It showed the attackers kicking and punching them, while they were taken away by the police. So far, five people have been arrested in connection with the case.

As per locals, the children saw blood flowing into the drain from the house, after which they informed the people. The locals then gathered around creating a ruckus and informed the police.

This has come at a time when Uttar Pradesh Chief Minister Yogi Adityanath, who is facing criticism in connection with law and order situation in the state especially over the loss of lives at the hands of cow vigilantes, urged people not to act in haste.