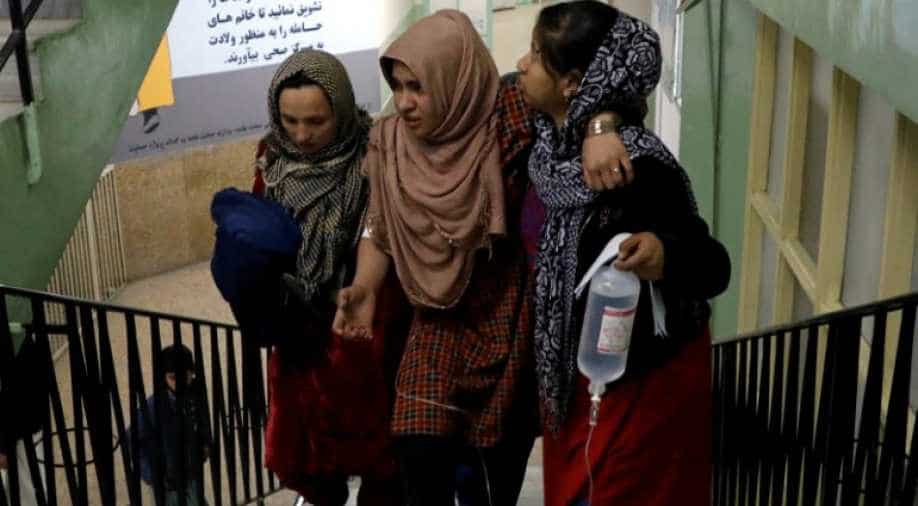 An Afghan injured woman receives treatment at a hospital after a car bomb blast in Kabul, Afghanistan. Photograph:( Reuters )

At least four people were killed and 90 others were injured in the attack near the Green Village compound, which houses several international companies and charities, in eastern Kabul.

The Taliban claimed responsibility on Tuesday for a car bomb attack near a heavily fortified foreign compound in Afghanistan's capital, Kabul, that killed at least four people a day earlier.

More than 90 people were also wounded in the attack near the Green Village compound, which houses several international companies and charities, in eastern Kabul.

Zabihullah Mujahid, a spokesman for the Islamist militant group, said Taliban fighters were responsible for the attack in which he claimed dozens of foreign and Afghan security forces were killed and wounded.

"Five attackers, including the suicide bomber driving an explosives-laden vehicle, were involved in the attack," Mujahid said in a statement.

The latest attack came as Zalmay Khalilzad, the US special peace envoy for Afghanistan, tours the region for meetings aimed at bringing an end to a war that has dragged on for more than 17 years.

Fighting has not subsided even as the talks intensify, with the Taliban and other insurgent groups carrying out near-daily attacks, mainly targeting security forces and government officials. Civilians, however, almost invariably bear the brunt of most attacks.