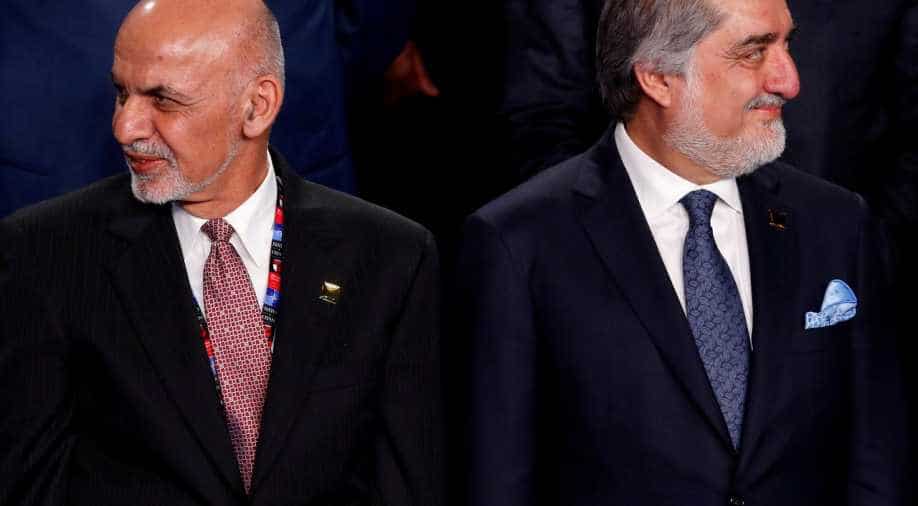 The deal calls for Abdullah to lead the country's National Reconciliation High Council and some members of Abdullah's team would be included in Ghani's Cabinet.

Afghanistan President Ashraf Ghani and his rival Abdullah Abdullah have signed a power-sharing deal to end a months-long political stalemate -- two months after both declared themselves the winner of last September's presidential election.

The deal calls for Abdullah to lead the country's National Reconciliation High Council and some members of Abdullah's team would be included in Ghani's Cabinet. The Reconciliation Council has been given the authority to handle and approve all affairs related to Afghanistan's peace process.

A technical team will work on the implementation of the agreement and details will be shared later.

Abdullah had disputed the results of an election in September and announced the formation of a parallel government earlier this year, undermining Ghani's administration at a time when the United States was trying to advance a peace process with the Taliban to end the 19-year Afghan war.

Discussions over the final sticking points including the allocation of some key posts had been underway throughout the day.

Officials say a deal between the Ghani and Abdullah is crucial to launching peace talks, as Abdullah's camp represents much of the country's north-west. But the talks face a number of stark challenges, as violence in the country increases.

The United States has been frustrated by the growing impasse between the two men, even after Secretary of State Mike Pompeo travelled to Kabul in March to mediate. It had announced it planned to cut $1 billion in aid because the men could not agree.

It was not immediately clear whether Sunday's agreement would result in the aid commitment being reinstated.

Afghanistan is facing growing fiscal pressures, with tax revenues falling and foreign aid pledges due this year expected to shrink.

US Special Envoy Zalmay Khalilzad said on Friday that a new date for intra-Afghan peace talks was under discussion and he would soon travel to the region and try to encourage a reduction in violence.

Meanwhile, Pompeo on Sunday welcomed the power-sharing deal, but chided President Ashraf Ghani and his rival Abdullah Abdullah for taking so long.

"Secretary Pompeo noted that he regretted the time lost during the political impasse," State Department spokeswoman Morgan Ortagus said in a statement.

"He reiterated that the priority for the United States remains a political settlement to end the conflict and welcomed the commitment by the two leaders to act immediately in support of prompt entry into intra-Afghan negotiations."